Media Mister is a social media growth service that originally focused on Instagram. Now, however, it has expanded into multiple social media platforms and become one of the leaders of the industry.

Over time, Media Mister has attracted a fairly sizable user base, making it alive and kicking to this day. Yet, as with many businesses, their reputation has gone up and down over the years since they started back in 2012.

We’ve decided to write a Media Mister review and give the company another look. As most of these growth services use grey area strategies to boost social media profiles, you have to be extremely careful when choosing your provider. We wanted to investigate whether Media Mister could be one of those worthy of your attention.

What is Media Mister?

As mentioned above, Media Mister is a growth service that sells various ways to boost social media engagement. Enumerating all of the ways they can promote your account is nearly impossible as they sell something for all social media.

Other than that, Media Mister offers guarantees and services you’d find in any other legitimate business. They have a money-back and privacy guarantee, various ways to get in touch with customer support, and many payment options.

We should note, however, that in most cases social media websites will frown upon the usage of services like Media Mister. In fact, nearly all of them might dish out a ban if they find out that someone is using paid growth services.

While it’s extremely unlikely to land you into serious legal trouble, buying followers or other engagement metrics is a bannable offense. If you’re not one to take such risks, use an organic growth service over a company like Media Mister.

How does Media Mister work?

Media Mister works like any other social media growth service that sells Instagram followers or any other way to drive more traffic into accounts. Using them is as simple as checking out in any other store. Users can select the service they need, add in the account details, and, after checking out, they eventually get the promised social media boost.

Media Mister themselves, however, provides Instagram followers and other social media engagement likely through the use of bots and proxies. Essentially, all the engagement Media Mister provides is fake. It is, however, seemingly real.

Social media growth companies like Media Mister use various strategies to make the engagement seem genuine. Accounts, if needed, will have some previous interactions, photos, and posts. Views for a YouTube video will be generated by changing IP addresses, making them seem as if they come from different people.

You might be thinking whether Media Mister is, as such, legitimate. Well, they do deliver on their promises and provide you with exactly what you’ve ordered. Since, however, the engagement is fake, it won’t be as valuable as organic growth.

Yet, most social media networks put a lot of stock into engagement. As the engagement provided by Media Mister (most of the time) isn’t uncovered as fake by the social media website, there’s still some benefit to it.

Buying such engagement can boost social media profiles (such as a Twitter account) in the eyes of the algorithm. Due to Media Mister’s services, it will think that the account is receiving lots of genuine engagement, which will force the algorithm to push it more to other people.

As such, the answer to whether Media Mister is legit is a little complicated. They do deliver on their promises, but the engagement is botted, which can result in a ban if abused. On the other hand, it still delivers a beneficial boost in the eyes of the algorithm.

Media Mister has probably the widest selection of social media websites and ways of buying engagement out of the entire growth service industry. As such, we’ll only be covering the most popular options.

Media Mister provides users with some customization options such as the ability to select how frequently the engagement will be delivered and the target country. Prices can range from $2 to $10 for the cheapest services.

Unlike other growth companies, Media Mister lets you do a lot more with your YouTube videos. You can even send dislikes to it, although it’s probably best reserved for competition. Prices can range from $15 to $30 even for the cheapest one-time packages, depending on the service.

One of the most important features of Media Mister in regards to Facebook are the user reviews. While everything is nice for a boost to the algorithm, reviews can have a fairly direct impact on business performance. Facebook services start at about $3 to $6 for the cheapest ones.

Twitter, out of the major social media websites, has the least services provided by Media Mister. These, however, are more than enough to boost any personal or business account with both genuine and bought social media followers. Twitter has some cheap services, with the least expensive ones starting out at $2 and $3.

Enjoy 10% off of market-leading proxies 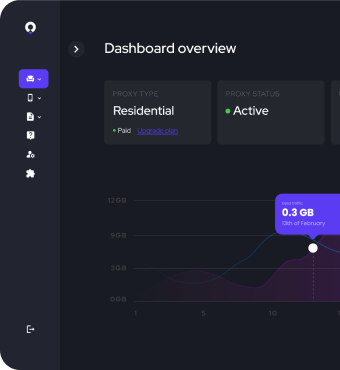