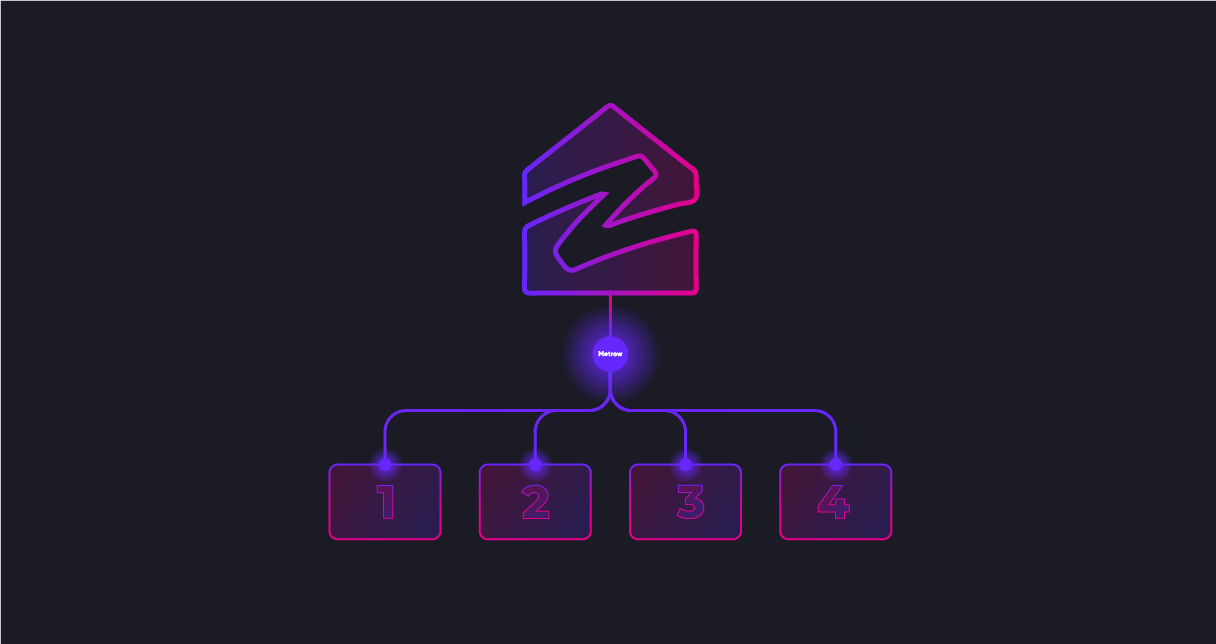 Zillow has disrupted the real estate and rental market by a large margin through the introduction of e-commerce concepts into the sector. They run a real estate website just like someone would run Amazon, leading to great success.

As the real estate market is so huge and profitable, it’s no surprise that people are interested in Zillow data. Collecting it manually is nearly impossible, so we decided to look into the best Zillow scrapers that can get you everything you need. 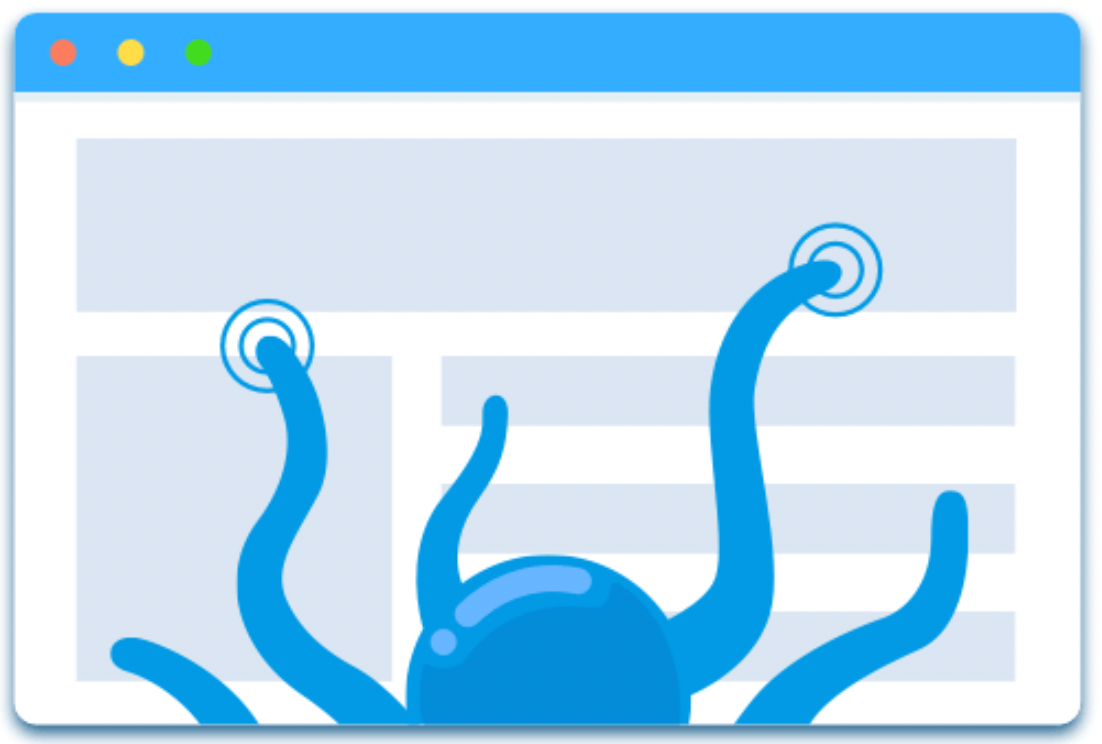 Octoparse is a nearly legendary web scraping solution that can get you data from nearly anywhere. While it’s mostly used for e-commerce data, there’s no reason it can’t be used for scraping Zillow pages.

As a web scraper, Octoparse offers several important features that make it easy to acquire Zillow data. For starters, it uses a point-and-click interface. There’s no need to write any code or implement integrations. All it takes is to click a few things in your browser.

Additionally, if you buy the paid plans, Octoparse gives you access to their cloud-based web scraper, which means data acquisition tasks will no longer run on your own machine. They will complete all of the web scraping internally and simply deliver you the Zillow data you need.

Finally, since the company is so well-known and respected, they have a big team behind them. There’s constant updates, customer support, and many other benefits included in each package. So, you’re not only getting a quality web scraper, but everything else that comes with a great brand.

ScrapeStorm is a newer company that ranks among the best Zillow scrapers due to its flexibility and functionality. While it’s hard for them to compete with the greats like Octoparse, they’re a decent mid-range option for scraping Zillow.

Just like Octoparse, ScrapeStorm is an easy-to-use web scraping tool that has its primary mode of function through the click-and-select interface. Additionally, they have some basic identification features that automatically recognize tables, lists, forms, images, etc.

Within the interface there’s also some flexibility when faced with dynamic pages that have inputs, infinite scrolls, and other features that require user interaction. ScrapeStorm’s Zillow scraper lets you interact with the elements on the page in order to extract data from places where it may be hidden.

Additionally, this Zillow scraper can deliver data in more formats than most of its competitors. While most companies have a Zillow scraper that can parse and format data into CSV, JSON, and raw HTML, not only can ScrapeStorm export to all of these, but also create SQL databases and import to Wordpress and Google Sheets.

In the end, ScrapeStorm, as a Zillow scraper, is a little more flexible in data exports and pricing than its main competitors, however, it may lack a little of the slickness and polish others are known for.

ParseHub arose as direct competition to Octoparse and it’s one of the most similar web scraping solution providers to the company. Most of what they offer mirrors Octoparse (or it’s the other way around), which makes it great for Zillow data scraping.

Much of what Parsehub offers is quite similar to Octoparse. Their Zillow scraping solution uses a point-and-click interface and is available through the cloud. Additionally, you can access the Zillow scraper through an API, which makes it slightly more efficient for developers. These features, however, are only available in the paid versions.

Their data output formats are a little limited, though. With Parsehub’s Zillow scraper you can only export data to two formats - CSV and JSON. While these two formats are likely the most popular options, they are still somewhat limiting for those who have advanced data management infrastructures.

Luckily, Parsehub can handle most of the fancy newer features that websites have. You can easily extract data from any field, including Javascript pop ups and other features. So, Parsehub can easily handle scraping Zillow’s publicly available data with all of its lists, pop ups, and menus.

In the end, all of the value that Parsehub has is in comparison to its competitors. If you’re on a tight budget, it’s likely that Octoparse or the other options will fare better. If you’re on a less limited one, Parsehub might come in as a possibility.

WebHarvy is our final contender in the Zillow scraper list. While it’s not as fancy of a solution as some of the other candidates, Webharvy brings a lot of value when scraping Zillow’s publicly available data. In fact, it has most of the features of the more well-known names for a better price.

One of the primary differences between WebHarvy and others is that they provide a yearly license for their Zillow scraper. In fact, technically, the license lasts for a lifetime, although updates stop after a year. Since websites like Zillow update their layouts and anti bot techniques frequently, we might as well consider the licenses as yearly.

Other than that, Webharvy’s Zillow scraper boasts some impressive features. They can export to a whole host of file formats such as TXT, JSON, XML, CSV, and even SQL databases. As with the others, it can handle lots of newer features, including various Javascript implementations.

Additionally, there are some automation features for basic web browsing tasks. These include clicking on menus and buttons, scrolling through the page, inputting text into a field and several others.

Finally, each license comes with a year of customer support. While the technology itself doesn’t seem too difficult to handle, the ability to contact support in case any issues arise is an always welcome addition.

In the end, Webharvy may seem like a relatively unknown brand, however, they do boast some great value. If you don’t mind paying slightly more upfront, then scraping Zillow with Webharvy might just be the best option.

Regardless of your chosen scraping solution, integrating proxies will be a necessity. All automation software gets banned on websites eventually. Most of these bans happen through IP addresses, so if you get blocked that would usually be the end of your scraping journey.

With proxies, especially the residential kind, you’ll be able to bypass these issues. Residential proxies are household devices that allow you to connect to them instead of the website directly. They then forward the connection request on your behalf without revealing the original IP address.

Proxy service providers usually have millions of residential IP addresses, which you can switch as many times as you need. So, if one gets banned, you have a nearly infinite number of others, which can help you bypass the block.