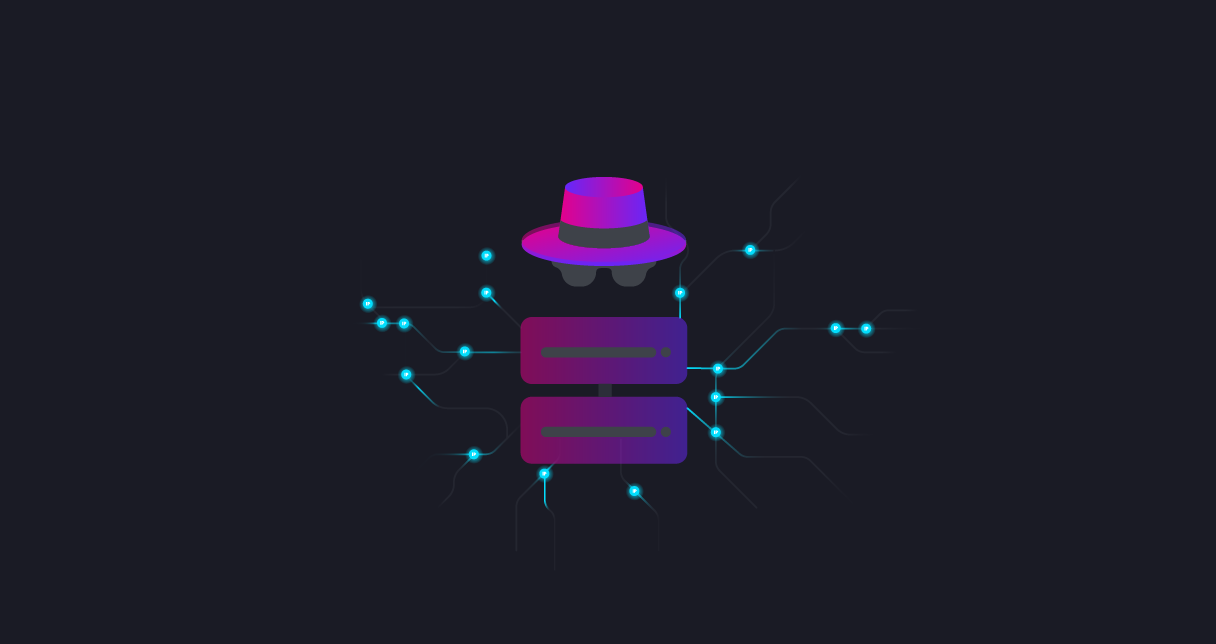 What is an Anonymous Proxy?

An anonymous proxy is an intermediary server that hides your IP address while delivering the data you requested through an internet connection. Whenever someone talks about proxy servers, they usually mean the anonymous ones.

Anonymous proxies bring many benefits for anyone who is concerned about their privacy online. They prevent any identity leaks that can be traced through IP addresses, user agents, or similar tracking methods. Additionally, anonymous proxies enable some commercial use cases, mostly those which involve online data collection.

How do anonymous proxies work?

An anonymous proxy is another device, whether household or business-grade, that allows for users to connect to it as a waystation. These devices then replicate the user’s actions by taking their connection requests and forwarding them to the destination. Any response is then sent back to the user.

Throughout the entire process the real IP address is never revealed. As anonymous proxies are devices with internet connectivity, they have one of their own, which they use to communicate with destination servers. In turn, that server thinks that the proxy is the originator of the request.

There are some valid concerns, though, as sending all or part of your internet traffic to a third-party device might seem like a perfect opportunity for identity theft or other nasty actions. In general, the only way are anonymous proxies bad is if they are free.

Acquiring and managing any type of proxies is a costly endeavor. So, if anyone is offering free anonymous proxies, they have to make the cost back. Usually, these costs are made back through intrusive ads or, worse, may sell the data they collect to third parties.

Paid anonymous proxies are fair game, though. Companies that create anonymous proxy servers usually sell them to other businesses and have extensive policies regarding data collection. Additionally, they don’t have to supplement their income through shady practices.

The advantages of anonymous proxies

What are the types of anonymous proxies?

These might as well not be called anonymous at all. Such a proxy server does nothing to preserve online anonymity. They still have their uses such as content filtering and public internet access abuse protection.

Transparent proxies are mostly used as gateways for public WiFis to ensure proper use of the internet connection and to restrict access to less-than-desirable websites.

These are proxies that hide the real IP of the user. However, they still deliver a small packet that slightly reduces overall privacy. They send a header that includes data about the proxy server in use. In other words, a website will realize that someone is using an anonymous proxy service.

While in many cases it may not be an issue, some website owners choose to restrict anyone who sends the HTTP_VIA header. They simply want nothing to do with proxies and, in turn, may result in you being unable to access the website.

These proxies provide the complete anonymity package. They function almost identically to the ones mentioned above, but they don’t send any header or any other data that could give away information. Websites only see a regular device connecting to the internet and can’t know if a proxy is in use.

Where is an anonymous proxy server used?

While proxy servers are primarily used for commercial purposes, there are some personal uses as well. Since elite proxies can nearly completely cover one’s tracks online, people who want to maintain anonymity employ these servers on a frequent basis.

Additionally, since the IP addresses are usually not publicly known, no websites can preemptively block them. Such issues can occur with other privacy options like VPNs.

All automated data collection requires intermediary servers with specific proxy settings. In fact, web scraping frequently uses thousands if not tens of thousands of proxy servers as they allow bots to bypass blocks and IP bans.

Additionally, since proxies have their own IPs, they also have an associated location. Web scraping bots can thus access content that’s displayed only for specific geographical locations.

As an offshoot of web scraping and automated data collection, proxies are frequently employed to perform various monitoring activities. Since proxies enable large-scale data collection, brands will scour thousands of URLs for anyone who might mention their name in any context.

They can also monitor on-site and off-site reviews easily through the same process. Businesses will download data from review websites on a large scale and, usually, look for negative ones so that they can respond. All of that information can be delivered at a moment’s notice.