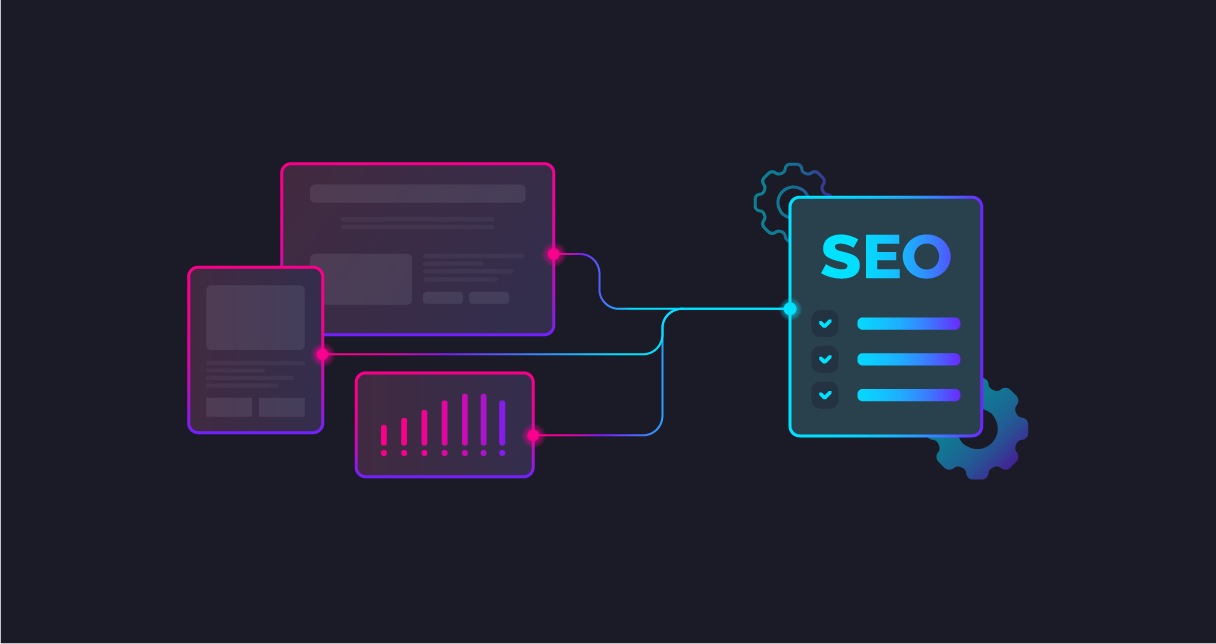 Web Scraping for SEO: 6 Ways to Improve Your Organic Reach

Web scraping has been applied in numerous industries and ventures. Some business models stand and fall by their ability to collect data and process it such as travel fare and accommodation aggregators.

While it has been mostly utilized by large corporations or businesses that base their entire strategy around web scraping, smaller teams and companies are also able to use it to their benefit. Search engine optimization (SEO) is one such use case where everyone can make use of web scraping.

Web scraping is the automated acquisition of online data. Almost any website can be scraped with the usual suspects being large ecommerce marketplaces and search engines. Smaller use cases may target industry competitors to monitor product and pricing data.

Search engines, however, are often targeted because they store immense amounts of valuable data. All online businesses need to implement SEO strategies to keep their rankings in search engine results pages high.

Since no search engine reveals their ranking algorithm, it has to be reverse engineered. Web scraping tools allow third parties to collect immense amounts of data, which can then be analyzed to make predictions about the ranking algorithm.

To do so, companies create bots that send in queries to the search engine in question and download all of the content displayed in the organic search results. Most will also add paid keywords and other results as a way to ensure greater analytical capabilities.

All websites, however, are somewhat protective of their data and a search engine is no exception. Various anti-bot measures are implemented, mostly to defend against spam and DDoS, but they are also used against web scraping tools.

CAPTCHAs and IP bans are the most common way to test web scraping tools. Proxies are used to circumvent both as they enable web scraping tools to have millions of IPs, making it easier to jump over any IP ban or to switch to a new address when a CAPTCHA pops up.

Search engine optimization is an umbrella term that defines the tactics and strategies used to improve rankings in various search engines. Most of these strategies are based upon web scraping data, however, collected at a much larger scale than any regular business.

Some of these strategies revolve around creating a technically well-built website. For example, lowering the amount of 404 pages, creating a nested structure with clear categories, and having pages link to one another in a logical fashion.

Another part is producing great content. Most of the ranking factors evaluate the content on the website through various measures such as the company and author expertise, its fit for various search queries, etc.

Finally, many engines will improve rankings for websites that have a lot of other pages linking to them. Having lots of links pointing to a website as a source improves its reliability in the eyes of a search engine as many people seem to be reliant on it.

In general, SEO is a wide-ranging area with numerous strategies, tactics, and checklists. It’s also a field that’s in constant flux as engines keep updating their algorithms, which means SEO experts have to keep catching up.

One of the strategies that’s almost always employed in SEO is to have a constant flow of links. Since having other websites point to yours is considered an advantage, there’s a constant search for suitable candidates for collaboration.

Most engines, however, evaluate the topics both websites write about and can slightly penalize the power of a link if they don’t match. For example, an SaaS business getting a link from a fitness website will not be as powerful as getting one from a company in the same industry.

In any case, there’s a constant search for suitable candidates. Web scraping can significantly improve the process as by using a scraping tool one can collect data about newly created and updated websites daily. Doing so manually would be nearly impossible, simply due to the sheer amount of websites being created on a daily basis.

Additionally, web scraping can deliver real-time data, making it easier to be the first to contact a website or to find out if any interesting changes in previous ones have happened.

SEO specialists create keyword research briefs for content writers so that they can better target queries that people are sending into a search engine such as Google. Getting keyword data, however, can be somewhat complicated.

There’s a few aspects one can automate with web scraping. First, with specific keyword data web scraping can be used to quickly gather all data from the top 10 results so that content writers have an easier time building an article.

Additionally, SEO specialists can monitor various keywords they already rank for and see if changes to content have any impact on SERPs.

Web scraping can collect data from any website, so it can be applied to competitors as well. SEO experts can scrape SERPs where their competitors rank well and also the content that the results link to.

It can then be analyzed on a large scale to gain insight into what they might be doing well (or not). Additionally, with constant monitoring, one can better understand what changes to content might have an impact on rankings (e.g. meta descriptions and titles).

Two companies in the same industry will nearly never write identical content. Their strategies will slightly diverge. Filling in the gaps your competitors have covered, however, can help you catch up.

Web scraping can be used to collect three points of data - SERPs, competitor, and internal content. Analyzing all of these will help you discover areas where your competitors might be ranking and help adapt your content marketing strategy.

Additionally, throughout such an analysis you might notice that some competitor (or your own) content is outdated. Writing updates could help you overtake a competitor or at least improve your current rankings.

Whenever you send a query, a search engine will use a predicted profile to display results. As such, ranking data isn’t accurate if performed through regular means.

When you extract data with proxies and scraping tools, however, you can collect large volumes of rankings. Even if they slightly differ, all of the structured data can be converted into averages, giving you insight into the true rankings.

Modern search algorithms will consider various factors in queries to deliver accurate results. Relatedness will often be a key determinant when entities are considered. For example, “White House” and “president of the United States” will be somewhat related.

SERPs will often be formed around related entities, which means that understanding them and writing content accordingly can generate better rankings. Without automated means to extract data, however, you would be left guessing.

With web scraping, on the other hand, common entities can be discovered rather easily and, if properly implemented in writing, it can improve organic traffic results.

Scraping SEO data means mostly dealing with engines, which have some of the best anti-bot measures out there. Even if you were trying to get unstructured and structured data out of other websites, doing so without proxies would be impossible.

As mentioned above, they give scraping tools access to millions of IP addresses, which help circumvent some of the most common strategies. For search engine scraping, some providers have developed specific proxies that return the best success rates.

Most of these will be vetted residential proxies. These are created within household devices instead of business-grade servers. The latter can be easily detected by more sophisticated anti-bot measures while the former are significantly harder to uncover. As such, SEO proxies will be created out of residential ones and enable scraping on a large scale.

In the end, web scraping can turbocharge SEO efforts for those who are experienced in the field. While some tinkering may be necessary, it has become much easier due to the advent of SEO proxies and ready-to-use scraping tools.