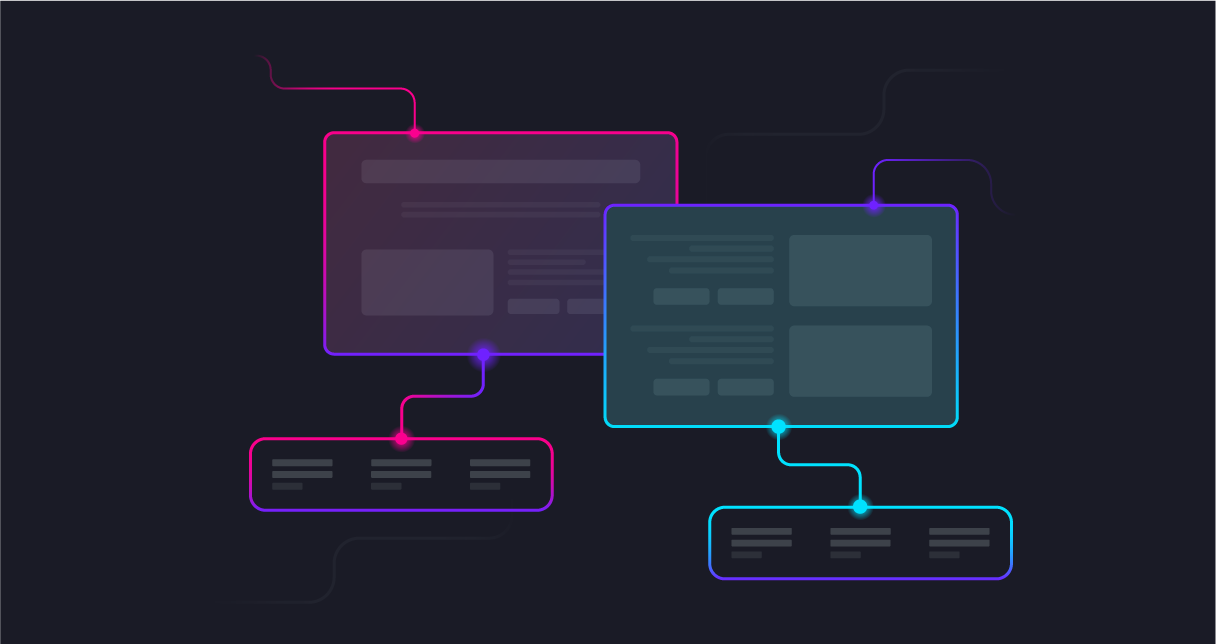 Web scraping is so versatile that it can be used by nearly anyone - from academic researchers to large corporations. With its swiftly growing popularity globally, learning about web scraping can have benefits for nearly anyone.

It takes some skill, however, to know where web scraping projects can be applied and how they should be approached. Additionally, not all applications of the process are equally easy or demanding. All of these aspects can make starting seem more daunting than it truly is.

We’ll show how web scraping projects can be implemented for people of various skill levels by going through many possible options and ideas. Starting with data scraping is easier than ever - all that it takes is some starting project ideas.

For those who have yet to get involved with the process, web scraping is automated online data gathering. In some sense, it’s no different than copying data from web pages manually and storing it in a local file or some cloud-based server.

Manual data collection, however, is excruciatingly slow. Collecting enough information would take so long that it would likely get outdated by the time analysis is finished. As such, scripts are written that visit web pages and download the entire content stored within.

Since downloading and visiting web pages takes mere milliseconds for scripts, data can be collected at immensely greater speeds. Additionally, it can be delivered at a moment’s notice to a specified location.

There are two caveats, however. First, most web pages and sites don’t particularly like automated activity. They don’t take the time to differentiate between someone spamming and trying to take down the website and someone simply collecting data. Both bots get banned often.

Proxies can be used to circumvent bans as they provide a nearly infinite pool of IP addresses. If one of them gets banned at some point of the web scraping project, the IP can be switched to regain access to the content.

Outside of bans, the other issue is that HTML isn’t intended for data analysis. When the web scraping tool downloads the content stored within a page, it arrives with all the associated HTML code. As such, it often looks like a garbled mess of symbols interspersed with valuable data.

Parsing becomes the other piece of the puzzle. Experienced developers can write dedicated scripts that can take HTMLs of specific web pages and turn them into more human-readable file formats such as JSON or CSV.

The process then goes from someone who can code to gather data to someone who can analyze large datasets. Depending on the type of information collected, analysis can sometimes be automated such as in dynamic pricing applications.

Where is web scraping used?

Web scraping has a nearly infinite amount of use cases as it’s, after all, simply the collection of online data at a large scale. Over time, however, there have been some applications that became more popular than others.

Web scraping enabled entire industries to pop up such as travel and hotel fare aggregation. These companies use web scraping techniques and proxies to collect accurate data from various travel and accommodation companies to deliver the best results for their clientele.

These price comparison services, however, don’t end there. There are many websites that use web scraping techniques to collect pricing data on a large scale and store them, presenting historical trends over time.

Finally, web scraping driven comparisons are widely used by ecommerce companies that employ the method for dynamic pricing. They collect competitor data on a large scale and use it to create an automatic pricing strategy that would net them the greatest returns.

Companies utilize web scraping to collect any mention of them that happens online. Usually, they will monitor various internet forums, social media sites, and customer review websites to ensure that any brand name mention does not go unnoticed.

Brand monitoring allows companies to catch any negative press (or positive) before it can proliferate to unnecessary lengths. Additionally, it allows them to react to disgruntled customers that might be leaving bad reviews that are due to misunderstandings.

Web scraping can be used to collect data on various potential business threats, usually within the cybersecurity sphere. Some companies will even dedicate a significant portion of web scraping resources to garner data from various websites that may include newer methods of hacking.

Cybersecurity companies will often use web scraping to monitor mentions of newly discovered vulnerabilities, potential avenues of attack, and any data on known hacker groups. They will often also look for data dumps, leaks, and any discussions pertaining to the development of new targets.

Since web scraping techniques are simply data gathering tools, they are only profitable if integrated into daily business operations. Companies can choose to sell data to third parties or use it to improve their own decision making.

While web scraping itself will not drive significant revenue, certain projects can either create new sources of income or significantly improve existing ones. For example, financial data can be extremely valuable to some investment companies. Even small improvements in the profitability of their regular strategy can add millions of dollars in revenue.

Finally, it should be noted that web scraping projects themselves can be somewhat costly, especially during the early stages as proxies alone can run up a substantial sum.

Other infrastructure such as storage will also take up at least a small piece of the budget. Coupled with development resources, the prices can quickly rise up. Yet, many companies have proven that web scraping, as a whole, is profitable.

Nearly every country has dedicated job portals where you can find many different companies listing their offerings. Unfortunately, job portals often have so much new data and listings submitted each day that it’s easy to get lost.

Web scraping tools, however, can make the process significantly easier. Most job portals have numerous filters and search functions available, which can often be accessed by submitting an URL, meaning you won’t be required to implement any website interactions in your web scraping tool. As such, you can easily download both= each job posting or only the relevant ones.

If you want to go further with this web scraping project, there are several interesting directions for it. First, you could perform data analysis to discover the most wanted jobs in your country. On the other hand, figuring out whether the job market is slowing down or speeding up could be another way to use the data.

Finally, combining such data with official figures would allow you to plot interesting statistics that would be reflective of economic health.

Monitoring websites is one of the most frequent applications for a web scraper. Companies will frequently monitor their competitors to keep an eye on whether something important is happening.

Luckily, employing a web scraper for such a project is quite simple. All you need to do is get all of the URLs from a specific website, which can be acquired with web crawling. After that you can fire up the web scraper, download the data, and keep repeating the process.

It’s quite easy to implement automatic alerts as well. Implement a simple comparison function that checks the last download against the current one. If they are not identical - something has changed.

For an extra push, collect social media data to create a greater overview of all the things a company or website is undergoing.

The internet is rife with text-based content that can reveal some interesting information about products, companies, and businesses. A web scraper can collect all of that data.

Regular text-based information, however, is rarely useful, so you’d have to implement additional analysis methods to get anything useful out of it. Natural Language Processing (NLP) for any of the web scraping ideas under this heading will be required.

You can, however, utilize ready-to-use tools such as Google NLP, which will analyze any piece of text and outline the entities, sentiment, etc., that’s stored within it. On a large scale, such data can unveil some interesting insights into businesses.

For example, companies will frequently use such a combination of tools to see how their brand is being perceived by consumers. They will often use a web scraper to collect data from review sites and send it over to an NLP solution to get overall sentiment. It is then monitored over an extended period of time to see whether the perception is changing.

On the other hand, one could potentially analyze word frequency distribution for a similar goal. Additionally, such data could also be used for academic research to monitor online linguistic changes.

News aggregators aren’t that uncommon nowadays, which likely use web crawling and scraping to get their data. Making one yourself, however, is quite an undertaking, but provides immensely valuable experience.

Unlike with some of the other project ideas, creating a news aggregator means you’ll have to create more than one web scraper. Data from different sources usually requires a rewrite of a web scraper for each one as the website layouts won’t be identical.

Additionally, you’d have to be able to submit relevant news only. Collecting news from dozens of sources would otherwise create a pile of information without any rhyme or reason.

Finally, you’d likely need to use web crawling yourself as news websites are ever changing. New sections might pop up, articles could get moved around, or relevant news get written into a category you’ve never checked. As such, a web crawling tool would be used to feed scraping activities.

Using financial statistics and a web scraping tool together has been increasingly popular with hedge funds and similar companies. Building one, however, is likely the hardest and most data science heavy undertaking out of all the projects.

For one, a lot of important financial data is stored over numerous websites, so you’ll need both web crawling and scraping on a large scale. Additionally, the web scraping tool should be sufficiently advanced to be able to interact with website download forms and file formats.

Data science will also play a significant role in building any finance-related tool. Even if you only use traditional data sources (e.g. statistics department releases, company filings, etc.), data science will be necessary in order to analyze such a large volume of data.

Finally, it’ll be likely that such a web scraping project would necessitate much greater demand for storage. Historical data is an important part of financial analysis and data science, so you wouldn’t be able to wipe out storage for extended periods of time.