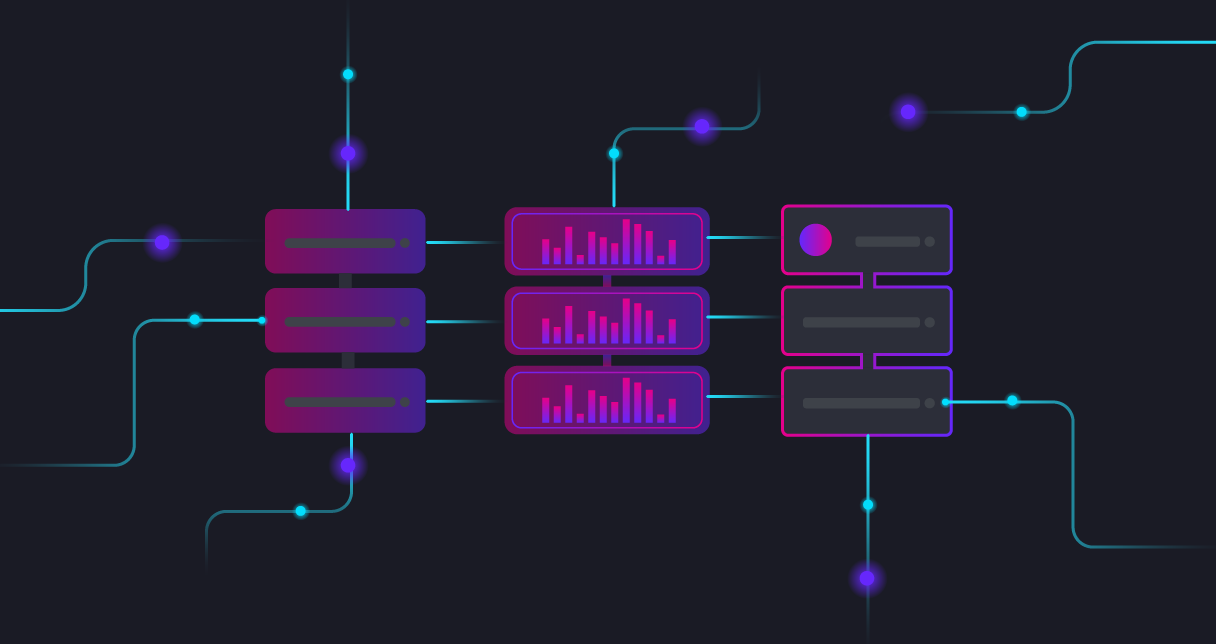 What are the different types of proxy servers?

While all proxy servers are other devices that are accessible through an internet connection, they still have numerous differences between them. Some differ by the internet protocol they use, others by the device used to create the proxy server, others yet by the amount of data delivered to the destination.

Understanding proxy servers and each of the types on a basic level is necessary for proper business application. If you’re lucky, mixing up some of the types will cause only minor inconveniences. In many cases, it will be throwing money down the drain.

What is a proxy server?

A proxy server is any device, usually owned by a third party, that accepts connection requests and forwards them to the intended destination. In other words, it’s a relay station for internet activities. Throughout the tunnel, encrypted data is often sent (although, not always).

Since proxy servers are devices with internet connections, they have their own IP addresses. Depending on the type (transparent proxies vs anonymous proxies), they may show only their own or the one of the original source of the request.

What is the purpose of using proxy servers?

New identities at will are one of the primary uses for many different types of proxy servers. They can help circumvent IP address bans from websites or other restrictions that may be imposed upon users.

Additionally, some proxies can be used for testing purposes. Since they are devices that send requests, they can be used to test whether services can handle specific loads. A proxy server pool can be programmed to send large numbers of requests to a single machine in order to perform stress testing.

Finally, due to having its own IP address, a proxy server can be used to hop over geographical restrictions that may be placed on content. Websites will often display different data to users from different countries (e.g. pricing), which can be a hurdle for some businesses and individuals.

On the other hand, there’s such a thing called a reverse proxy. Such servers rarely have anything to do with hiding one’s IP address. Applications for a reverse proxy, however, are numerous as they take requests and can forward them to the proper destination within a private network.

They are often used for load balancing. If a business has a service that’s spread out over multiple servers, a reverse proxy will help them distribute requests evenly, ensuring that the maximum number of users get unfettered access without lag or downtime.

A reverse proxy can also cache specific websites and content. Usually, if a network keeps requesting the same content over and over, a saved version of it can be created, which will improve network performance. In the end, reverse proxies serve as optimization and security intermediaries.

Residential proxies are created within household devices. These have the added benefit of being plentiful and come with extreme legitimacy as they seem as regular internet users. Additionally, the IP address is associated with a specific internet service provider.

A residential proxy does have its drawbacks, though. Residential proxies are much harder to acquire than their closest counterpart. They are also slower and less reliable as proxy service providers have no control over when regular users shut down their devices.

A datacenter proxy is created within a server, employing software similar to virtual machines. Due to the inherent benefits provided by exceptionally strong hardware, incredible internet connections, and the ability to create multiple proxy servers in one machine, these are cheap, reliable, and fast.

Yet, datacenter proxies provide an IP address pool that comes only from a few subnets, making them easier to detect. As such, these are more susceptible to anti-bot and other protection measures.

A subtype of residential proxies. Mobile proxies are only created within phones and tablets, which makes them even more suitable for certain tasks. On the other hand, they are usually the most expensive out of all three options.

A private proxy (also known as a dedicated proxy) allows only a single user connection at a time. Such a feature makes them significantly less likely to get banned on websites due to misuse and provides greater performance.

A private proxy, unfortunately, is much more expensive than its shared counterparts, which makes them a harder bargain if budget concerns are an issue.

A shared proxy allows more than one user to connect to the server. These are often still somewhat limited as they are gated behind paid plans by companies. Additionally, some load balancing will likely be in place to prevent downtimes.

They are significantly cheaper than private proxies, however, they can often be much slower and prone to bans. As such, there’s a careful balance of efficiency when choosing between private and shared proxies.

Public proxies are accessible by anyone without any restrictions. These are the worst type of proxy and are generally not to be ever used. While these will be free, maintaining proxies is expensive, so the creators will be getting their money’s worth in other methods (such as selling harvested data or by employing malware).

Regular proxies that use the HyperText Transfer Protocol to send data. These are the most popular by a large margin, because most of the data can be effectively transmitted through HTTP.

An SSL proxy layer is often added as normal HTTP doesn’t have encryption, making it susceptible to snooping. While an SSL proxy is sometimes considered a different type, it’s just a server that uses HTTPS without any other differences.

SOCKS proxies use the namesake protocol, which provides slightly different advantages to HTTP. Primarily, SOCKS proxies are used whenever extremely traffic-intensive tasks have to be performed such as content streaming as they allow for much greater speeds.

They, however, can’t be integrated into as many tools as HTTP proxies, making them less suitable for various tasks. Additionally, since they are fairly unpopular, high quality SOCKS proxies can be hard to find.

Sends DNS queries to the dedicated server through an encrypted tunnel. Only used for internal purposes such as authentication and encryption. Usually found in corporation internal networks.

Forwards and manages incoming requests to the proper destination. Usually used in load balancing applications and whenever managing large volumes of external requests is required. It’s important to note that every other type is considered a forward proxy and a web proxy server.

A combination of a reverse proxy and some other type. Rotating proxies are essentially another layer of intermediary as they distribute client requests to a different IP address upon each request (or in some other fashion if additional configuration is available).

Rotating proxies are used whenever frequent IP changes are required such as web scraping and monitoring.

One of the types of proxy servers that attempts to hide nothing from the web server. Transparent proxies only manage requests without changing them in any way, allowing a web server to get the entire packet of data.

An anonymous proxy hides the IP address of the original source while providing its own. They, however, send an additional header that informs the web server that a proxy is in use.

Provides decent anonymity and tracking protection, but is not suitable for tasks where the intended destination must not know that a proxy is in use. As such, an anonymous proxy is mostly used in personal use cases.

Also known as a high anonymity proxy, these are the final frontier of privacy. Elite proxies transmit no additional information to the destination, making it seem that they are the original creators of the connection request.

Frequently used in business applications. Definitely the most popular option when budgets are not a concern.