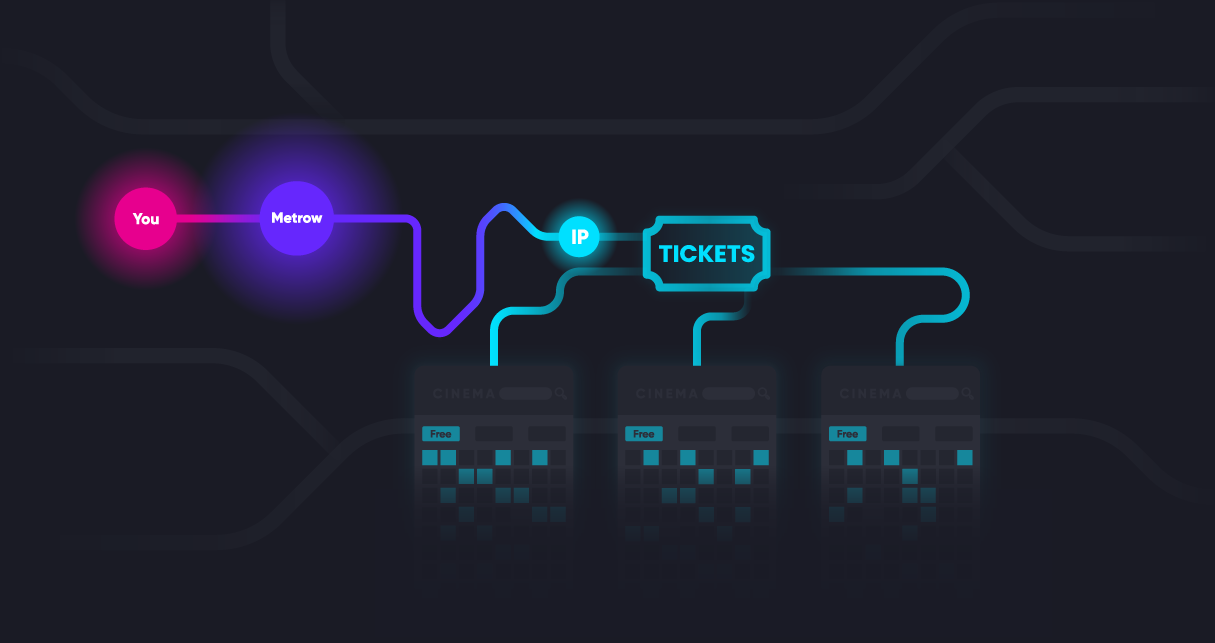 If you’ve ever tried to buy multiple tickets online, you’ve likely struggled. Ticket sites will often block attempts at multiple purchases. It doesn’t help that purchasing a single ticket can be nearly impossible because they go out of stock so fast.

Both of these happen for the same reason - ticket scalping. It’s the process of buying up as many tickets as possible through the use of bots. Ticket scalping only works because people are willing to pay extra on secondary markets.

What is ticket scalping?

Ticket scalping is the process of using bots and other automation software to buy multiple tickets only to later resell them at a higher price. Most ticket sites (and even some countries!) forbid the practice and attempt to stop it.

Automation software such as ticket bots are necessary due to the insane competition. Unfortunately, ticket scalping is popular due to the immense profitability, which draws in a lot of people. To help beat out the competition, a ticket bot can automate every step of the purchasing process.

Purchasing tickets in such a way essentially allows the users to clear out the entire stock in minutes. Since none are left after the ticket bots clear out the site, the price can be set to nearly any number as people will be willing to pay a lot of money for their favorite event.

What are the other methods of scalping?

Bots and automation software aren’t the only way it’s being done. Other methods, however, are more restrictive, which makes it harder for the general audience to participate.

For example, some get to buy tickets due to exclusive deals with event organizers or receive them from sponsorships. In such cases, the profit margins can be nearly infinite as the tickets may be acquired for free.

There have also been some high profile cases of insiders of teams selling tickets to exclusive events. Since the secondary market for big games and concerts is so large, there’s always people willing to buy and sell tickets for inordinate prices.

These cases, however, are highly restrictive and they likely wouldn’t function as well without the primary source of scalping - the ticket bot. Usage of these can wipe out the stock even from the biggest brands such as Ticketmaster, which will inevitably drive up prices, regardless of how the ticket has been obtained.

What is a ticket proxy?

A ticket proxy is an intermediary device that changes the user’s IP address and allows them to maximize the efficiency of bots. Most websites online track users through the IP address that has been allocated to their device. Ticket sites, for example, will be able to know that it’s the same person attempting to buy entries and can easily limit them.

Ticket proxies, however, are machines that allow users to use them as relays. They take their connection request to a site, forward it to the intended recipient, and return back the response. A proxy does all of this while pretending to be the originator of the connection.

As such, the IP address of the true source is never revealed. So, when ticket bots are being used, a proxy server can help them evade tracking. In fact, it’s unimaginable to use automation software online without combining it with a proxy server.

Finally, ticket proxies are of a specific type of device. These are also sometimes called residential proxies as they are acquired from regular, household devices. Sites have a hard time detecting when residential proxies are in use because the connection seems as if it was coming from any other user. Reminder: you can’t use Metrow's proxies for ticket scalping due to legal reasons.

Other benefits of ticket proxies

Outside of enabling bot users to evade bans from various websites, proxies have several other benefits. One of the most important ones is the ability to change the perceived location of the user.

IP addresses carry with them a lot of information, including a predicted location. While these may be accurate only on a city level, it’s often enough for most websites to know what content to display and if that person would be able to purchase tickets or any other item.

Since scalpers never intend to attend the events themselves, they don’t care about the location and timing. Even if a website would limit them due to their location, they can use ticket proxies to pretend to be from somewhere else, particularly a place where purchasing the entry would be allowed.

Finally, since all proxies are just other devices, some of them can be optimized to make bots run faster. Generally, bot users will look for ticket proxies that are close to the target site’s servers in order to reduce the ping and load times.

Ticketmaster thinks I'm a bot. How do I get unblocked?

As mentioned above, the site likely has banned or temporarily blocked your IP address. While it may resolve on its own over time, that may take days, weeks or even months. If you need to get unblocked faster, the best way is to use a proxy.

If you’re not intending to use bots on the site, any proxy could do. They don’t have to be ticket proxies as those can get quite expensive and are usually sold in pools of millions of IPs. You’d likely need a single or several IPs to get through the block.