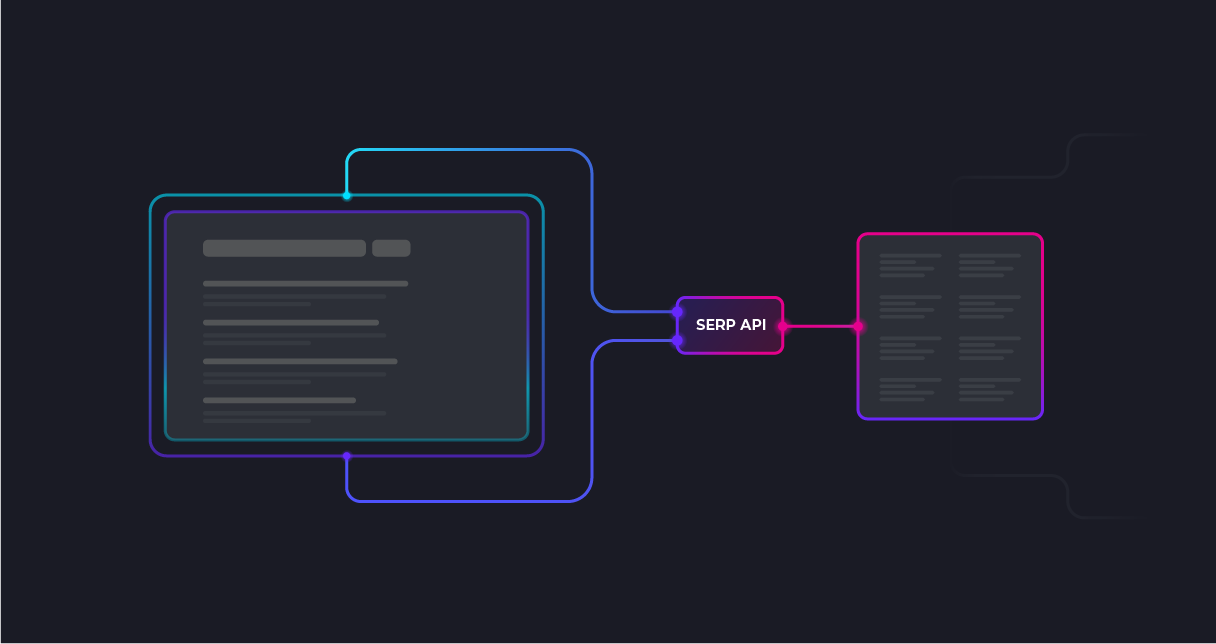 SERPs or Search Engine Result Pages are rife with lots of high valued information. Anything that, for example, Google search results display can be scraped to acquire keyword rankings, reverse engineer the algorithm, or find out how your competitors are doing.

As a result, search engine results pages have piqued the interest of various businesses that can derive value from large-scale scraping. Getting that data, however, is difficult as search engines implement various anti-botting measures to prevent scraping.

Most companies turn to purchasing a SERP API instead of building a scraping solution themselves. Since there are so many SERP APIs out there, we decided to go through most of the popular providers to find out which ones are worth the money.

Oxylabs provides the premiere SERP Scraper API with some of the most reliable organic data delivery. In fact, the company boasts 100% data delivery as they only deduct results if the entire scraping process ends successfully.

With all that in mind, they also scrape results from nearly all search engines on the globe, including many of their dedicated solutions. All of the data will also include any other implemented features such as paid results.

There are, however, some minor drawbacks. While the pricing and reliability of Oxylabs stand out among all providers, they don’t have much in the way of user experience. To scrape search results, you’ll have to do some coding. Even if it’s extremely basic such as sending a POST request to their endpoint, it’s still not a point-and-click adventure.

If you can get past that, however, the benefits of their SERP API are numerous. Oxylabs offer exports to the two most popular formats JSON and CSV without any additional cost, the overall price range is tremendous, and their ability to always deliver data is unrivaled.

In the end, Oxylabs’ SERP API might work best for those that can dedicate a small amount of resources to set up and integrate the solution. Once you’ve done that, there’s few other SERP APIs on the market that can compete with the solution.

Smartproxy is Oxylabs’ direct competitor in nearly all areas, so it’s unsurprising that they have an almost equally good SERP API that will serve all your data needs. Most of the features they offer are quite similar with the variance mostly being in pricing.

For starters, they can also scrape most search engines in the world. Even if the search engine has some dedicated solution for highly specific results (e.g. maps), they can deliver the data, making it great for all sorts of search engine optimization activities.

Additionally, they can deliver results from nearly any location. While their proxy pool might be slightly smaller than Oxylabs’ (40M+ vs 102M+), both companies have more than enough IPs to basically circumvent any difficulties search engines might throw at them.

There are some minor differences in functionality, however. Oxylabs will deliver parsed data in CSV and JSON formats while Smartproxy can deliver raw HTML or JSON formats. For those who have no in-house parsers, Oxylabs might be the better choice as CSV makes data analysis a bit easier.

Smartproxy beat out Oxylabs, on the other hand, in the barrier-to-entry department. Oxylabs seems to have focused on the major players in the market that want to scrape search engines and, as such, the cheapest plan is twice as expensive as the one Smartproxy has.

In the end, both of the solutions don’t differ much and the decision will likely be made according to budgets. Smartproxy is great for those who want an easier entry into scraping search engines and don’t want to break the bank without having some experience in the field.

Pricing: Highly varied, depending on the parameters chosen and priority of requests.

DataForSEO SERP API is another strong contender when it comes to scraping Google search results. Unlike the previous two entries in the list, they have gone down a slightly different route in that they vary pricing highly depending on what you need.

Just like most other SERP API providers, DataForSEO provides result extraction from many different search engines and delivers the results, supposedly, without fail. In addition to the high delivery rate, they provide lots of customization options.

For example, their SERP API can extract various advanced features out of SERPS such as knowledge graphs and featured snippets. All of the data is then collected and delivered either in raw HTML format or in a nicely parsed JSON.

Evaluating how great DataForSEO’s API is, however, is quite difficult. While they offer most of the basic necessities with location based results, high accuracy, and device customization, the pricing model is so bizarre that you’re not sure how much value you’re getting out of it in the long run.

In the end, DataForSEO’s SERP API is a good choice if you’ve gone with some other providers and they didn’t seem to be all that great for value. Then experimenting with the pricing model this company has might lead to some awesome results.

Their features, however, are a little more modest in comparison. They can scrape most of the Google search engines, both the regular one and the dedicated ones like Maps. All of the scraped data includes extra features like paid results and featured snippets.

Other than that, their SERP API can extract data from nearly any location through the use of Google parameters and proxies. They manage everything on their end, like their competitors, making use cases like rank tracking a breeze.

All in all, SerpApi is a popular solution for those who want Google results only without too much hassle. They can extract pretty much everything from the search engine and provide legal protection if something goes wrong.

SERPHouse is a newer SERP API provider that runs a basic website and focuses mainly on the feature extraction part of the business. As such, they cover a few search engines such as Google and Bing with various customization options.

It’s one of the SERP API solutions focused on those who have development teams available. They have little usability features as the entire integration process relies on writing some code to send requests to the endpoint.

There are some nice features behind the development process. SERPHouse SERP API can extract pretty much all data, including paid results, making it great for tracking SEO rankings. You can, like with most other APIs, customize the locations, devices, language and many other parts of the search process.

Where SERPHouse stands out is the pricing model. While it may be a bit harder to use and may sometimes not be as reliable as others, you get the most searches out of all the contenders in the list. Additionally, the barrier-to-entry is the lowest as the cheapest plan is almost two times lower than their competitors.

So, if you’re looking for something with the most bang for your buck, SERPHouse is definitely the choice to go by. While you won’t get the same care and slickness of the other providers, in raw searches SERPHouse beats pretty much everyone.

Some of the providers use their own proxies, but most of them allow you to integrate your own. While the upper-class SERP API providers might have top-notch proxies, you’re often better trusting your own instincts.

Residential proxies are absolutely necessary for SERP scraping as search engines have some of the best tracking capabilities out of all websites. They know that the data they hold is extremely valuable, so they’ll do everything in their power to prevent scraping, which mostly includes swift banning and CAPTCHAs.

Luckily, search engines can’t ban household IP addresses for forever as they make up most of their traffic. Residential proxies can take advantage of that by providing you with a pool of IP addresses from household devices, which means they can’t be banned forever.

With proper rotation and other practices in place, you’ll be able to acquire infinite amounts of SERP data as IP bans will pose no issue. Even if one IP address gets banned, simply flip the switch to get a new one and keep scraping the data.