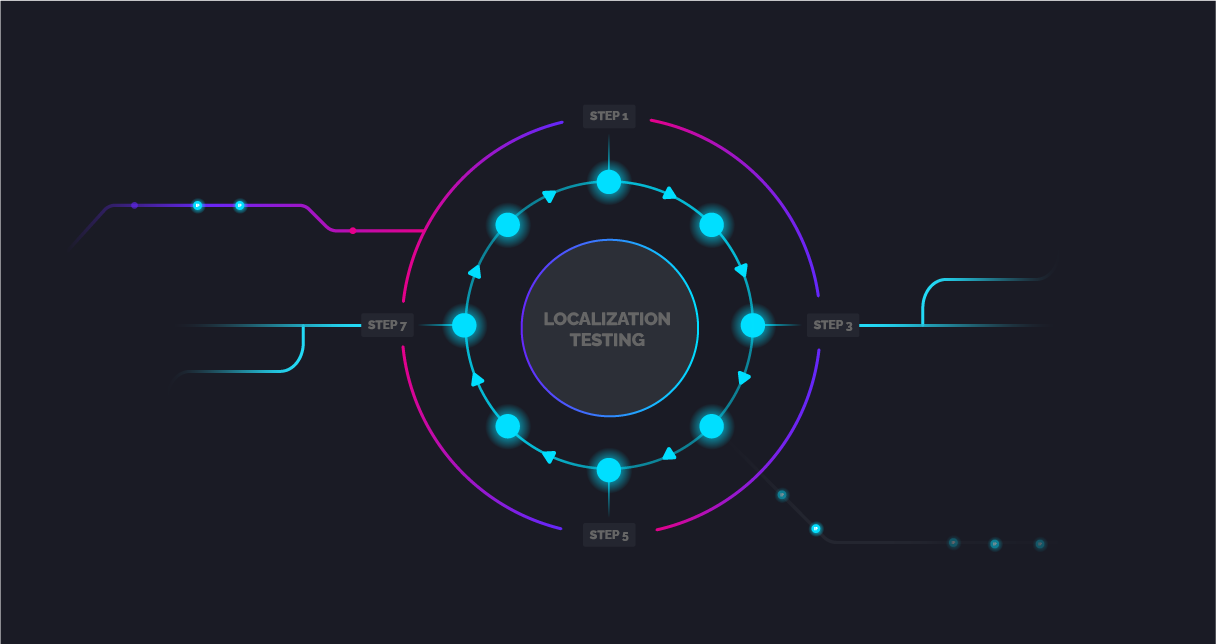 What is Localization Testing?

Localization testing is the process of verifying the quality of software for specific regions, cultures, and languages. It’s performed on local versions of a product or service to ensure that it is able to be properly used for the intended audience.

A major area where localization testing is applied is in user interface and content. Each of these are highly sensitive to the differences inherent between languages. Additionally, some user experience practices might be affected by different cultures.

Finally, depending on the software product or service, other areas may need to be checked. Common areas include currency, time, and date formats. For highly complicated applications, documentation might need to be adapted as well.

How to do localization testing?

Localization testing can be done through various methods and systems. Usually, all of them include a multi-step process that is performed many times over. In most cases, the steps will be:

A localization testing strategy can differ greatly from the one outlined above. Some companies fully outsource the process to agencies. Others focus more on retrieving feedback about the localized user interface and content from testers and quality assurance specialists.

It may seem that localization testing is just an annoying process that’s not that important in the grand scheme of things. Improper localization, however, completely ruins the user experience of a product or service, making it significantly less usable.

Bad user experience will often be the reason people leave applications and websites behind. Even if the application or website is perfectly functional, any small misunderstanding adds to the frustration. Localization plays no minor role in making a website or application easy to understand.

Finally, localization testing ensures that the application has consistent quality across regions. That has numerous benefits. First, it makes the whole company look more professional. Nothing turns people away from apps and websites more than spelling errors and unprofessional content.

Additionally, consistent quality means that all feedback delivered by users will be due to similar reasons. If localization testing isn’t in place, a lot of reported issues could be due to translation errors or similar issues. For example, a localized user interface with improper translations could make people use it in unintended ways.

Localization testing has some room for automation. A lot of companies opt to write scripts that automate various parts for the process. Usually, various test cases can be drafted and continually reused in later builds.

For websites, Selenium is popular due to its insane flexibility when it comes to automation. Developers can more or less build any test case and have it run completely on autopilot. It comes in extremely handy when localization testing needs to be done frequently.

Other parts of testing are slightly more difficult to automate. Some translation aspects could be improved through the usage of scripts, but there’s not much left after that. Luckily, while the actual testing phase is the most time consuming part, it’s the one that can be automated.

What are the difficulties of localization testing?

Once deployed, however, a localized version of the website or application will be usually inaccessible in its true format as the developers themselves are not the intended audience. If there are lots of versions running, keeping tabs on all of them can become complicated.

Residential proxies can be used to test live versions of websites and applications. A pool of such proxies can provide IP addresses from all over the world. Since they are used to detect the location of the user, all versions of the website or application can be easily tested.

Additionally, residential proxies are easy to integrate into automation software. Most will have third-party proxy support included by default, so any automated localization testing should be a breeze.

Localization testing is a complicated, but vital part of software development. If an application or website is intended to be used in different languages or regions, localization is inevitable and testing will be required. Otherwise, major issues can become apparent over time, causing users to defect to competitors or report inconsistent bugs.