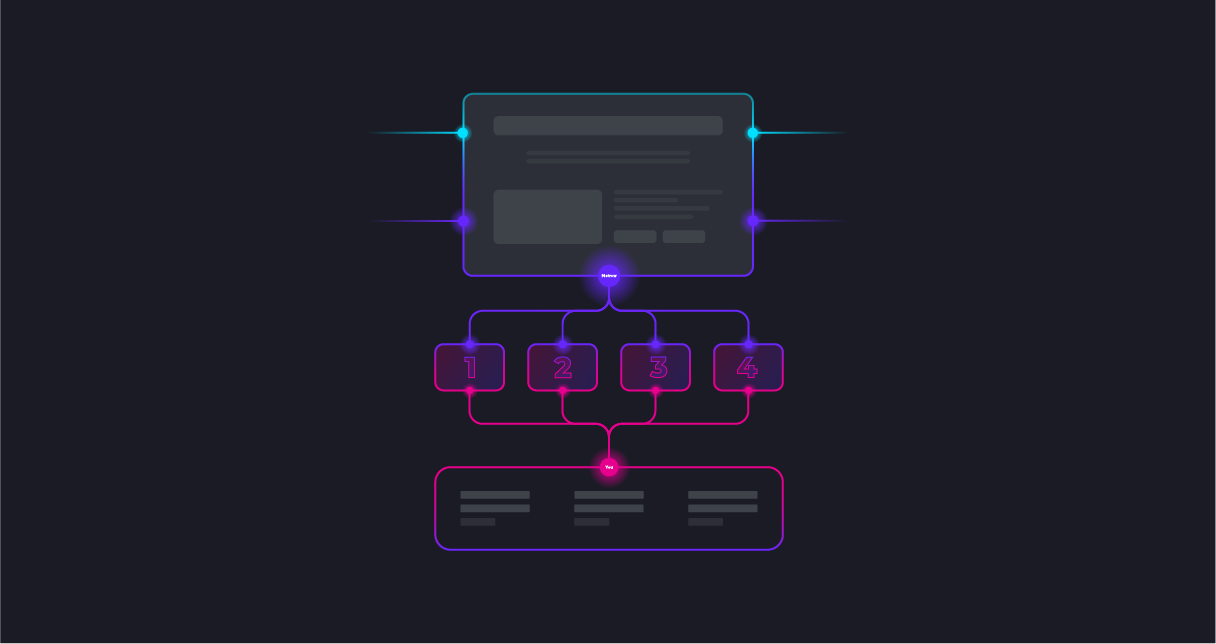 Web scraping can provide businesses and individuals with tremendous benefits. Automated data extraction can be used for a multitude of purposes, from doing market research to improving pricing strategies.

Getting a functional web scraper for free isn’t easy, though. Companies that offer a large-scale web scraper will generally slap a huge price tag on it, making it inaccessible to SMBs and individuals. Fortunately, as data extraction is becoming more popular by the day, there are plenty of free tools available.

Octoparse is one of the leading web scraping tools on the market. While most of the power rests in their paid web scraper, the free version still packs a punch and can be enough for lower scale data extraction.

It’s a web scraping tool intended for those without any coding experience as it works through a point-and-click fashion. All it takes to extract data is to find the website that has the content necessary for your project.

Octoparse can deliver data from nearly anywhere. They can extract data from dynamic websites with JavaScript and AJAX and handle even the most complicated sources. Additionally, they don’t limit the amount of websites you can scrape even on the free version, so you can extract data even from multiple pages.

Unfortunately, the free plan does come with some drawbacks. There’s fairly little support for it, the allocated web scraper number is heavily limited, and you can’t even export an unlimited amount of structured data.

For a smaller scale project, however, Octoparse is perfect. The limitations don’t come into play as much as one might think, allowing for a completely free way to extract data with a simple click. 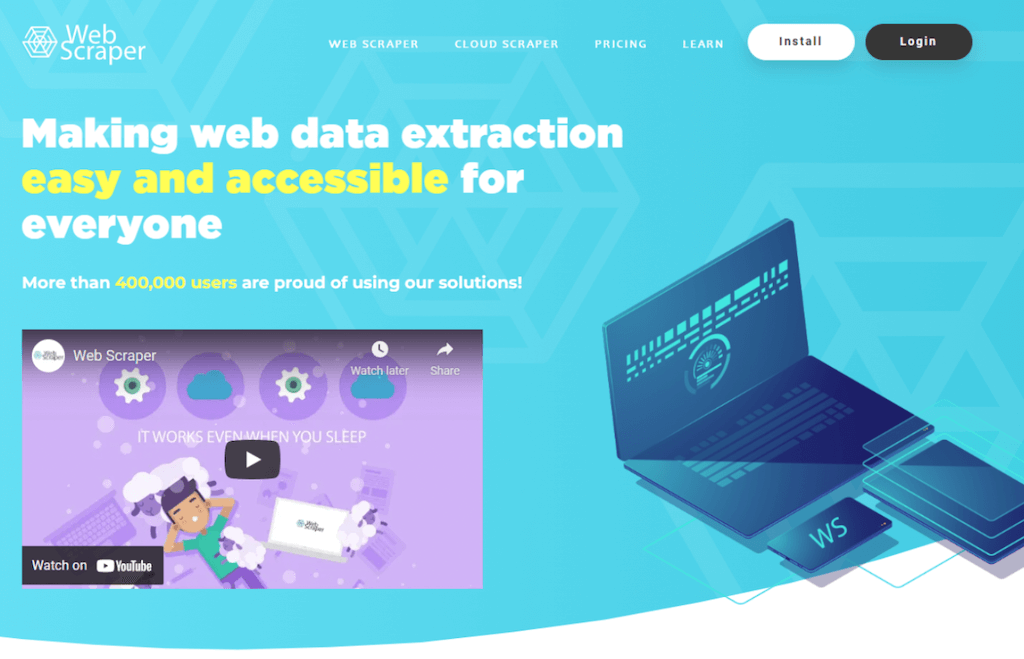 Webscraper.io is a paid web scraper with a free version that has enough features for smaller scale data extraction projects. It runs locally on your computer as a Chrome extension, so you’ll need to have the associated browser.

For a free web scraping tool, Webscraper.io fulfills all the requirements. You can extract data from more or less any website through the point-and-click interface. In some sense, it’s a fairly similar web scraper to Octoparse.

Additionally, it offers a way to turn unstructured data into a tabular format, namely CSV. The inbuilt conversion feature allows you to quickly turn any data you’ve collected through web scraping into something that’s much easier to understand. Finally, Webscraper.io can handle dynamic websites, which includes ones that run extensive JavaScript features.

As a web scraping tool, they differ in one regard from Octoparse - they don’t limit you in the amount of data you can extract. Webscraper.io lets you use all the data you’ve collected during web scraping and turn it into something useful.

In the end, these two tools are fairly similar. Octoparse is likely to be a little bit more powerful and efficient, but will limit you in the number of rows you can export into a structured data format. Webscraper.io will be less efficient, but won’t have any such limitations.

ParseHub is another completely free web scraper that’s intended for people without any coding experience. Just like the previous entries, it functions through a point-and-click interface that’s initiated by using locally installed software.

They differ from other web scraping tools in that even the free version uses cloud processing. As such, ParseHub will often be the most efficient and fastest web scraper out of all the other entries.

Additionally, it allows a few more structured data formats than its competitors. You can get data in JSON and CSV and collect it through an API. All of that combines nicely for a free web scraper, allowing it to be fast, efficient, and versatile.

Unfortunately, ParseHub has some unique drawbacks when compared to other web scraping tools. They have limited the amount of pages you can extract data from to 200. In addition to that, if you extract data, they will only store it in the cloud for 14 days.

Finally, they limit the amount of projects you can create to 5 and they are always public. While that’s not a huge drawback, web scraping is often kept secret so that any competitors can’t copy what you’re doing.

In the end, ParseHub is one of the web scraping tools that can extract data from nearly any source, including dynamic websites, but is limited in scale. If you want to scale web scraping, you’d have to use the paid version. 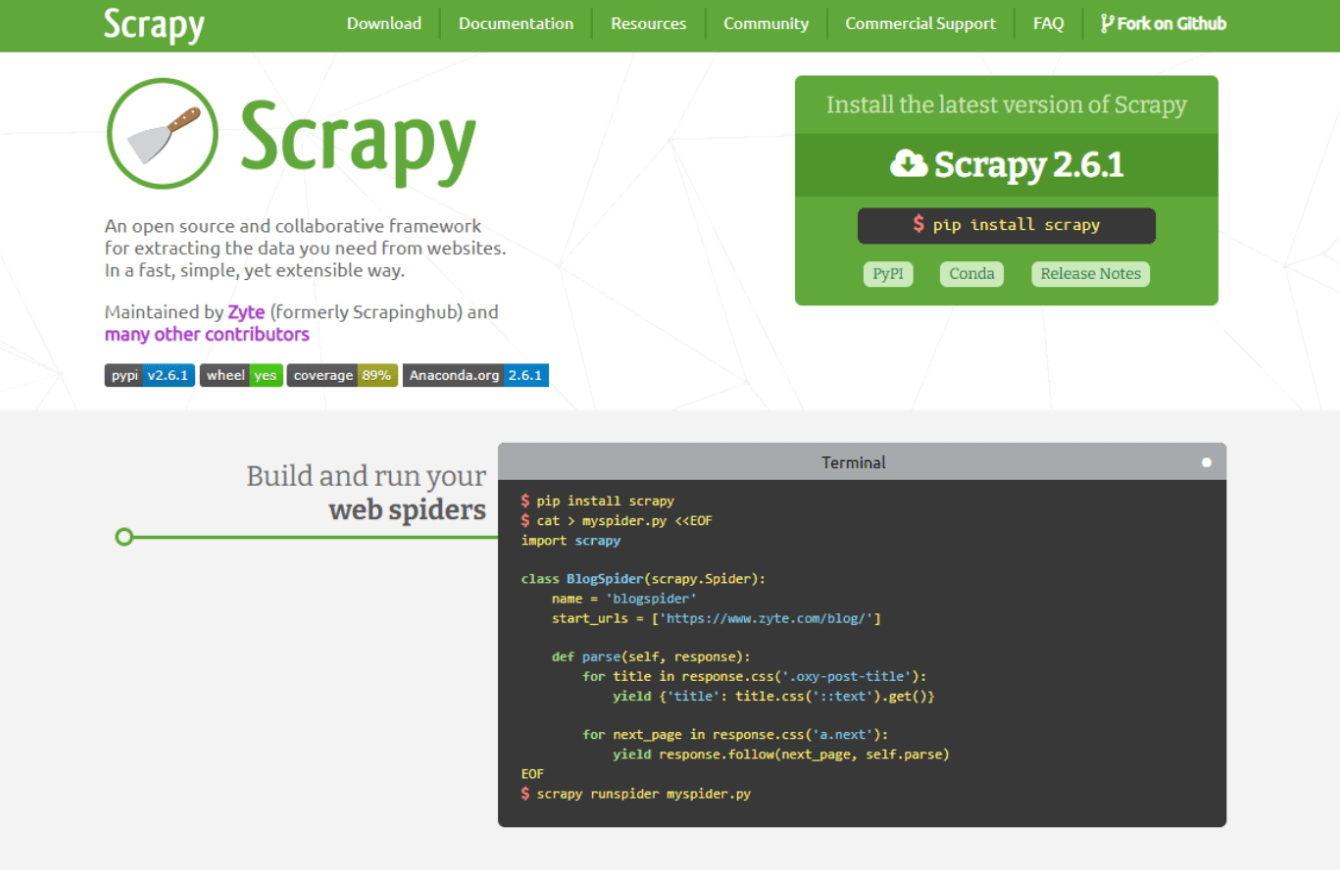 Scrapy is a web scraping solution that’s intended for users with coding experience. In fact, it’s simply a web scraping library for Python that will allow you to extract data with greater ease.

Additionally, it’s a constantly maintained library. So, there’s plenty of web scraping related free updates that happen to Scrapy. Add to that the fact that it’s being maintained by some industry-leading web scraping solution providers and there’s good reason to be using Scrapy.

Finally, it’s one of the most extensive and flexible web scraping software addons out there. Zyte and others have been doing a great job maintaining and improving the library, so it’s always at peak operating capacity.

In the end, Scrapy can be the most powerful web scraping solution out of all the entries. Unfortunately, to even start web scraping with it, you’ll need a lot of experience and time. Even with development experience, using Scrapy to extract data will be resource-intensive.

Regardless of the web scraping solution you choose, proxies will be a necessity. All web scraping relies on sending thousands of requests to a source website from which data will be extracted. Administrators don’t take kindly to such automation and will often ban the offending IP address, even if web scraping is completely legal.

If the website bans your IP address, you’ll lose access to it. Usually, these bans will expire after weeks or months, but that’s way too long of a timeframe for most web scraping projects. As a result, web scraping proxies are used to circumvent any bans and other anti-automation systems on websites.

While they may come in many different types and forms, all proxies serve the same purpose - they act as intermediaries between connections. They take any incoming connection request from a source (i.e. your device) and forward it to a destination (i.e. your intended website).

Most proxies do not reveal the fact that they are not the originator of the request. As such, they only display their own IP address, which allows users to circumvent bans when web scraping. Since most proxy providers offer pools of millions of IPs, getting a single proxy banned is not an issue.

They will, however, always get banned when web scraping as the process by its nature sends more requests than any regular user would. So, proxies are inevitable if you want any web scraping project to last for a decent amount of time.