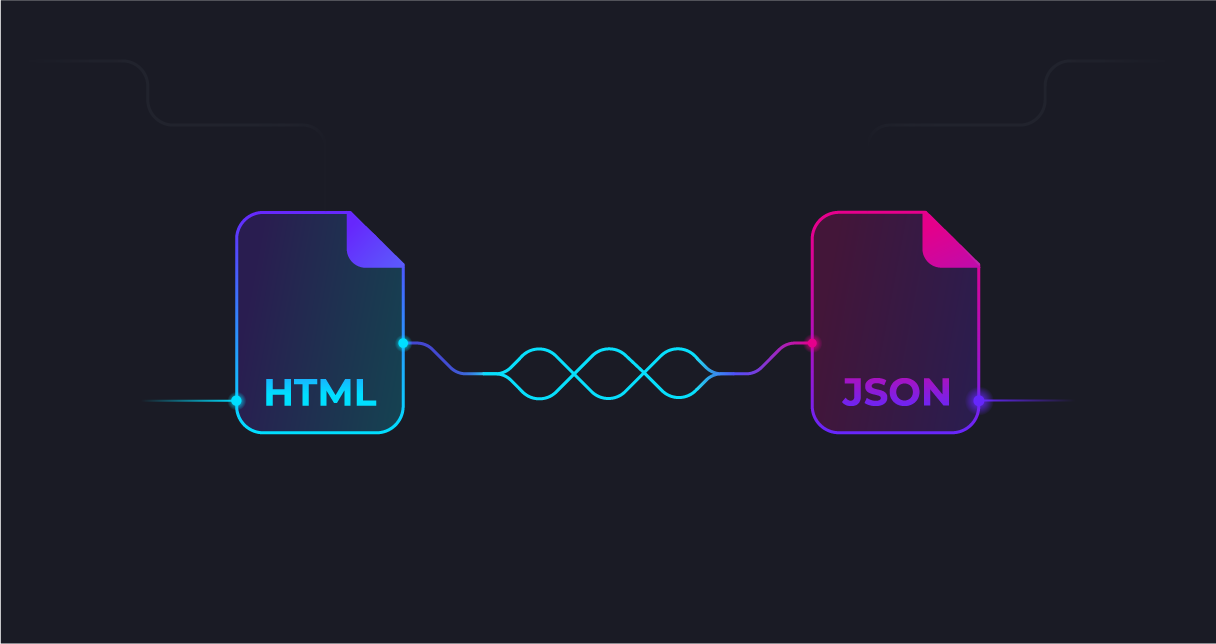 What is Data Parsing?

Data parsing is the process of converting data from one format to another. Usually, it turns scrambled and hard to read strings into easier to understand formats such as plain text, CSV, JSON, and others.

There are many different use cases for data parsing, mostly involving various analysis methods. Most often, it is performed during web scraping or other automated data collection processes as these will deliver unreadable scrambles, behind which lie valuable information.

How does a data parser work?

Data parsers will often take any type of input and attempt to use various rules to reformat text. Usually, data parsing happens over several stages. These can be defined as:

Some of these steps happen (nearly) simultaneously. They are intended more to be understood through an analytical lens of the data parsing process.

While the structure of data parsing technologies are more or less similar, the way it's accomplished differs. Two primary methods can be outlined for converting data - grammar-driven and data-driven.

The two types of data parsing

As the name might suggest, the method revolves around the formal set of grammar rules. The goal of such data parsers is to uncover sentences within the unstructured data such as a HTML string. These are then turned into a structured format.

Grammar-driven data parsing tools struggle in several regards. For one, not all texts behave in perfect unison with grammar rules. These exceptions may be especially grave in web data where the rules might be a little more relaxed.

As a result, some rules will have to be relaxed in the data parser, which can lead to more issues within more strict structures. Some semantic analysis might be required to reorganize the structured format in order to produce the desired result, especially since some sentences might be ambiguous without assigning meaning to specific words.

Finally, many languages will have different grammar rules, which means these data parsers will not be transferable. Building a completely new one will be required to parse data for different languages.

On the other hand, data-driven parsing includes a multitude of methods. The core of such a data parser is based on a probabilistic rather than a deterministic model. In practice, however, several rule-based approaches might be used, some of which may include syntactic analysis and a semantic analysis component.

Additionally, advancements in natural language processing (NLP) will often be incorporated into such a data parser, making it significantly more flexible. Finally, statistical methods can overlap with several languages, allowing for better interlinguistic coverage. Data-driven data parsing can even work on conversational content, which can be nigh impossible for the other method.

Use cases and benefits of data parsing

Data parsing is heavily used in many business applications. Wherever data extraction happens, parsing is likely to follow. These connections become even more important whenever scraping web pages is involved.

Web pages are intended to be viewed in browsers and not be analyzed with tools. As such, data extraction processes deliver a jumbled mess that’s nearly impossible to interpret for humans, making parsing a necessity.

Another common use case for data parsers is to support market research. Collecting online data through the usage of scraping has become a popular method for measuring trends in markets. Since, however, an inordinate amount of data has to be collected from dozens of different sources, parsers are a necessity.

How to build your own data parser

We will bypass any data gathering considerations and assume the necessary tools are already in place. Note that building your own data parser is quite complicated and can take a considerable amount of time.