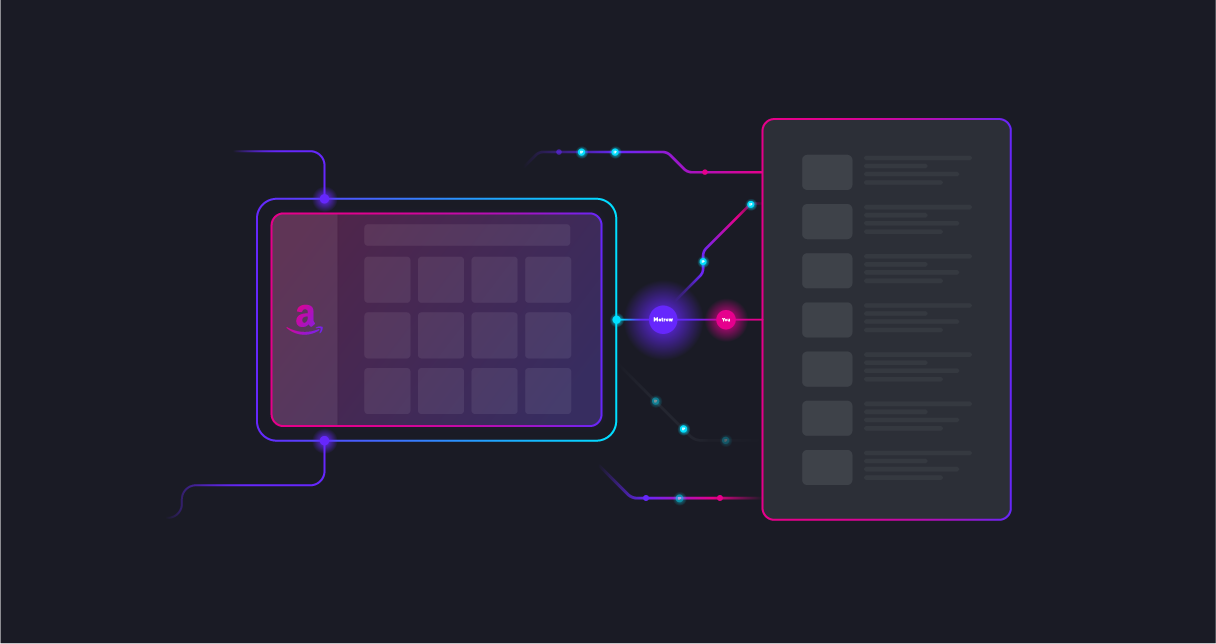 Scraping Amazon data is useful for any eCommerce or retail business and those in many other industries. However, a regular web scraping tool won’t cut it, as the eCommerce giant has implemented various ways to protect itself from data extraction.

Dedicated Amazon scraper tools have been developed that can work around the platform’s bot detection algorithms. We’ll outline the five best tools for scraping Amazon that you can find on the market with entries suitable for different tech skill and knowledge levels.

Octoparse is a general-purpose scraper developed for people without any technical skill. It’s one of the most beginner-friendly and intuitive data extraction tools out there. Luckily, it also doubles as one of the better Amazon scrapers out there.

There are two ways to use Octoparse: locally and in the cloud. Cloud versions are only available with paid plans, but you should always use them. They allow you to run the web scraper 24/7 without using your own system’s resources.

Additionally, the web scraper has an extremely intuitive UI and an easy-to-use process. It’s a simple point-and-click web scraping tool, so you don’t need coding knowledge to do the job.

In the end, Octoparse is one of the best tools for scraping Amazon out there. It’s decently priced, quite user-friendly, and provides a lot of power and functionality. 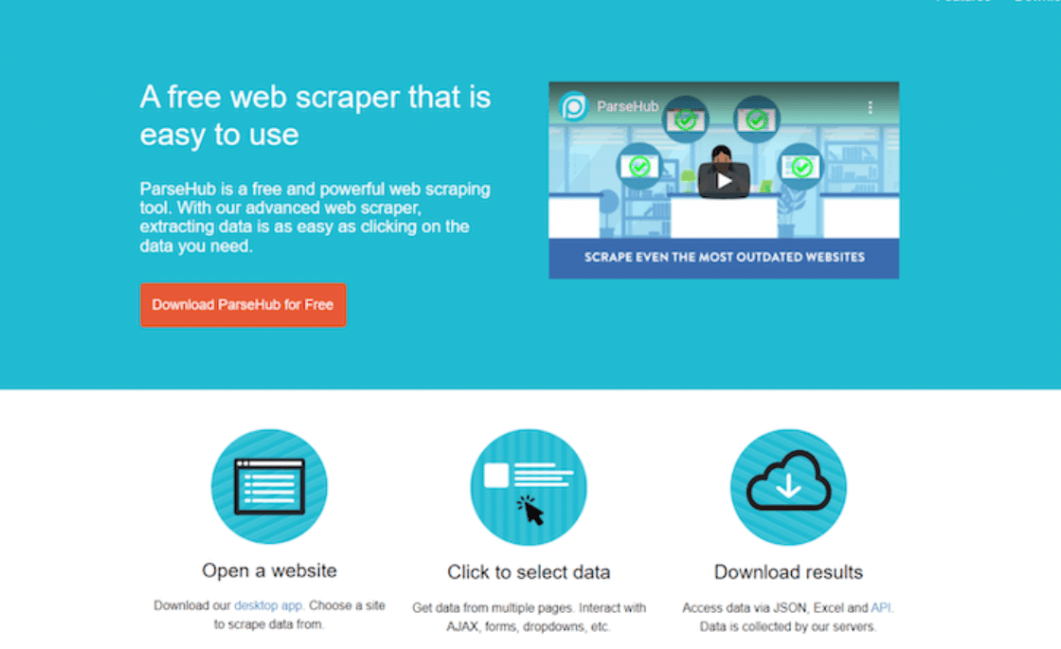 ParseHub is a direct competitor to Octoparse with a lot of similar features but with some extras for those with some coding experience. They provide a handy API that can be used to automate a lot of the data integration steps.

Just like Octoparse, they’re a general-purpose web scraper with a point-and-click way of operating. All you have to do is select the features you want to be extracted and ParseHub will do the rest.

Additionally, they also offer both local (desktop) and cloud-based operations. If the latter is available, working in the cloud is nearly always better due to the 24/7 run times and generally better infrastructure.

They are, however, a fair bit more expensive than Octoparse for most of the same features for an Amazon scraping tool. In many cases, unless your project has highly specific needs that can only be delivered by ParseHub, it’s better to go with their competitor.

Ultimately, beginners can pick both Octoparse and ParseHub for most of their projects. The only real difference will be the price. There might be differences when it comes to scaling web scraping projects, though, so that’s when these competitors should be considered more carefully. 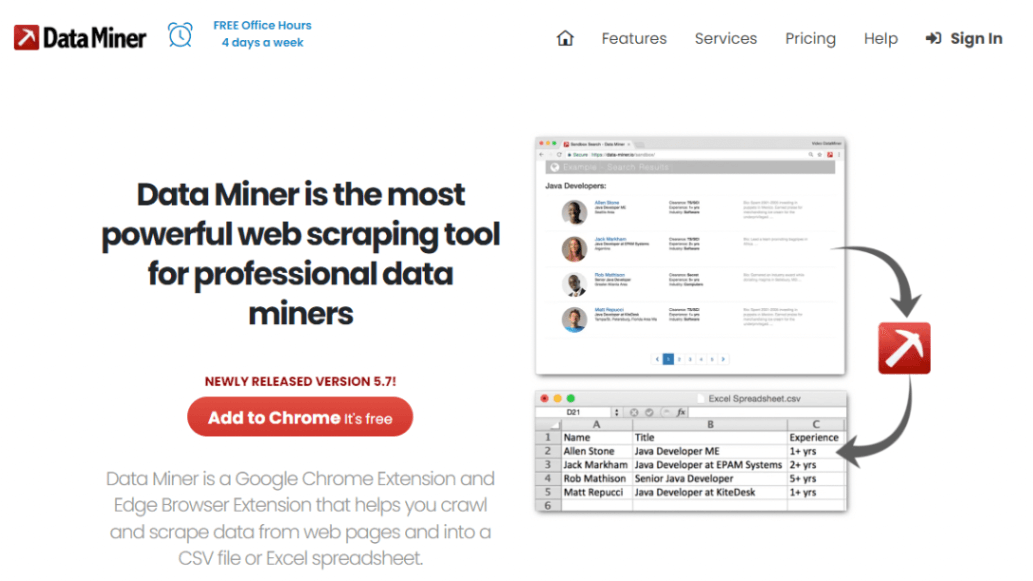 Data Miner is a Chrome extension that functions as a web scraping and data extraction tool with a multitude of features to make things easier for users. It’s another tool that’s tailored for complete beginners.

In fact, it might be even easier to use than Octoparse as it doesn’t take a lot of work to get started. All you need to do is install the Chrome extension into your browser. From there onwards, you can use a list of URLs or a point-and-click interface for data extraction.

There are tons of features, workflows, and various automation settings to make things easier. Additionally, they have implemented various security features that greatly reduce the likelihood of getting your IP blocked due to sending too many requests to a website.

Unfortunately, it doesn’t have a cloud-based service, meaning all the tasks run locally on your machine. While it may not cause huge issues for smaller-scale projects, some businesses might need millions of pages per month, making Data Miner completely unsuitable for such tasks.

Finally, Data Miner limits the number of pages you can scrape based on the plan. Even the most expensive Business plus plan has a fairly low ceiling for pages scraped per month. So, if your web scraping project is about to get serious, you’ll need to pick another entry from the list.

All in all, Data Miner is a great web scraping extension for those who are complete beginners who need to start a small-scale project. If you have some coding experience or require a lot of pages per month, ParseHub could be the better option. 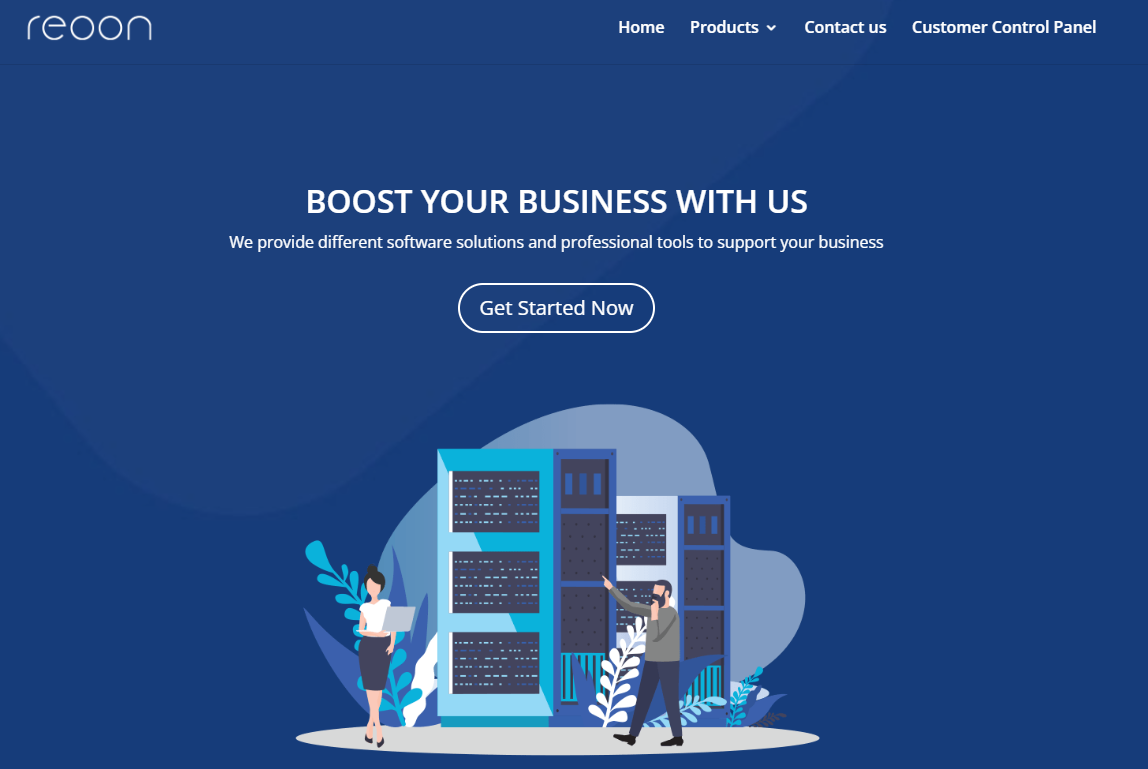 Reoon offers an Amazon scraping tool completely free of charge with a ton of features. Additionally, unlike the other entries in this list, their Amazon scraper is fully dedicated to the task instead of being a general-purpose tool.

It’s one of the more flexible Amazon scrapers out there. While it can’t extract data from other websites, it can cover almost anything from the entire platform, starting with Amazon reviews and going all the way up to individual ASINs.

Additionally, they offer a handy comparison with eBay as long as the same product is available on the other platform. These features are useful for those who want to use Amazon scrapers for market research and product comparison purposes.

Just like most other Amazon scrapers, Reeon’s tool allows you to export data into various formats. They, however, have limited themselves to the most popular spreadsheet formats - XLSX and CSV.

Finally, while the technical features are great, the UI and UX aren’t up to par with Octoparse and ParseHub. They seem to have gone with the old-school Windows XP style and theme, which looked dated even two decades ago. You’ll have to struggle a bit at the start to get everything going.

Reeon’s Amazon scraper is great for those with some experience in the field who don’t want to overspend for data. You’ll get some of the lowest prices with some of the best tech features. Reeon’s drawback is its outdated design and lack of cloud functionality.

Finally, there’s always an option to build your own web scraping solution for Amazon. While it’s the most technically complicated out of all the entries in the list, it’s also the most customizable and cheapest route.

Luckily, you don’t need to start from scratch. Web scraping Amazon is an incredibly popular activity among both developers and businesses. As such, you can find tons of information about how to build one online. There are also plenty of code snippets and some fully-fledged Amazon scraping solutions available on GitHub.

It’ll take some time to build one, even if you find a working solution and copy-paste the code. Any time investment will be worth it as you can completely customize your solution without paying anything.

One of the ways Amazon detects scraping is by tracking the IP addresses of its users. If a single user sends hundreds of connection requests per minute, that may arouse suspicion and cause the platform to send CAPTCHAs or ban the IP address entirely.

Proxies allow you to circumvent such tracking. Since proxies are machines, servers, or regular household devices, that act as connection middlemen with their own IP addresses, platforms like Amazon think it’s always a different person interacting with the platform.

Residential proxies for Amazon, created out of regular household devices, are the best option when searching for an easy-to-use Amazon scraping. Sending connection requests through these devices to Amazon makes them think it’s just a regular person browsing the platform, helping you to avoid getting blocked. As long as you have thousands of these IPs, you can keep scraping data by changing the address or proxy every few requests.

However, it is important to note that you can’t do Amazon scraping without a pool of IP addresses at the ready. It will likely take less than an hour without proxies to get your IP banned. If you don’t have a replacement, you won’t be able to continue scraping.

As we have covered all of the A-listers for when you need to scrape data from Amazon, you should now be able to make better-informed decisions and gather information without spending hours on repetitive tasks.