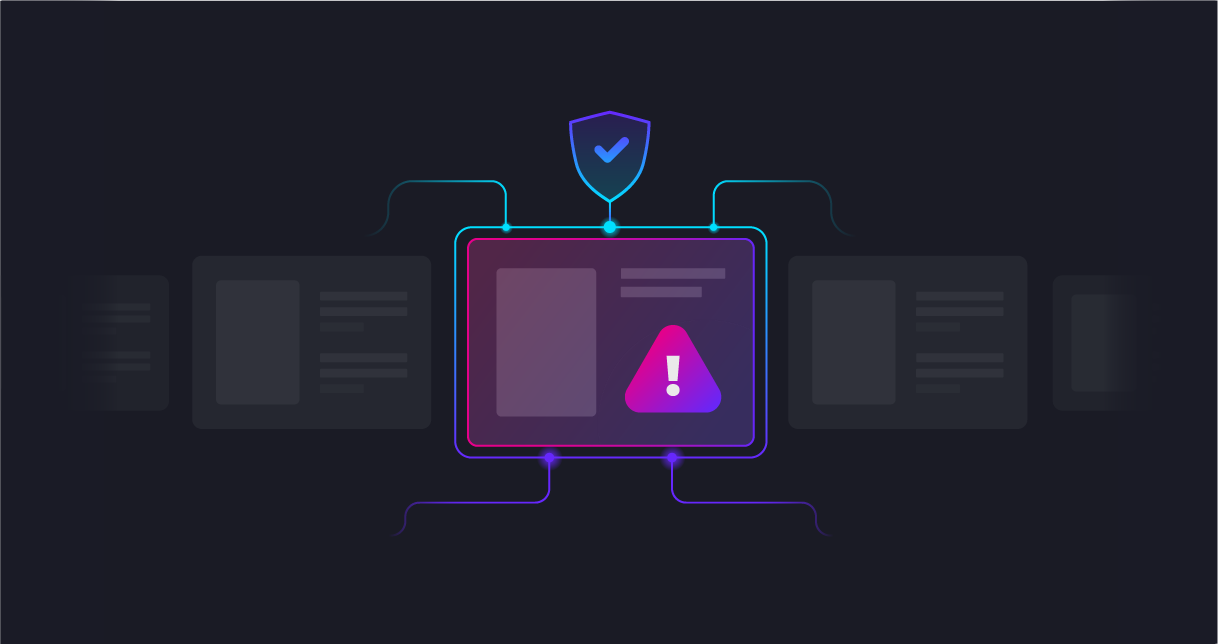 What Is Ad Fraud and How to Prevent It?

Online advertising fraud (or ad fraud) is an umbrella term for the process of tricking systems into thinking that an advertisement was displayed or clicked on more times than it actually was. In other words, it’s an attempt to falsify online advertising metrics for monetary gain.

While it doesn’t affect the common internet users, ad fraud is an exceptionally important topic for marketers to understand. Falling prey to such processes can quickly run up ad spend, cost an immense amount of confusion, and even ruin the marketer’s reputation.

How does ad fraud affect marketers?

All of ad fraud, regardless of the technique involved, revolves around one thing - falsifying numbers and draining away money from the victim. As a side effect, ad fraud tactics will skew performance metrics as they will imply there were tons of clicks or views, but little to no conversions.

As a result, it will have ripple effects for the entire marketing strategy. Marketers that do not know about ad fraud might start changing things around, including other channels, in order to push up the results. In the end, it won’t matter and might even harm the other channels as a majority of the metrics are falsified.

Outside of having a direct negative impact on the financial results of the company, it might also harm the reputation of the marketer and even the business overall. Poor performance in digital advertising will reflect poorly on any expert that’s intended to create great results. Conflicts over performance between the specialist and the company are almost inevitable.

As such, ad fraud can affect all parts of a business, all the way from the bottom line to the social relations between the employees. In turn, understanding all the digital advertising fraud tactics that are employed might prevent any of these issues from occurring entirely.

Note that any list published on ad fraud will never be exhaustive. Unfortunately, fraudsters are quite an inventive bunch of people who will always be able to discover new and undetected methods. On the other hand, the vast majority of digital advertising fraud happens through the methods outlined below, so you’ll run into something new extremely rarely.

Domain spoofing is an ad fraud tactic where one extremely low quality website is disguised as some highly valuable domain. One of the best examples of domain spoofing has been the Financial Times debacle.

Fraudsters created several fake domains that pretended to be ft.com in order to sell ad space. The scale of the fraud was estimated to be $1.3 million per month, which was scattered over 10 ad networks. The Financial Times spoofing has been one of the largest advertising fraud attempts ever.

Stuffing is a somewhat indirect method of ad fraud. It drives no fraudulent traffic or makes no attempts to impersonate websites. Rather, fraudsters abuse affiliate marketing systems that use cookies.

They drop tons of affiliate cookies to unrelated websites that are accepted by users. When those users make a purchase on a website like Amazon, they’d receive an affiliate commission. As these visitors were never persuaded and just collected the cookies accidentally, it’s considered ad fraud. In other words, it essentially steals leads and ad spend without influencing sales directly.

Ad networks will often pay larger commissions for clicks or views from visitors located within specific countries. Geo masking is the process of pretending that website traffic is coming from some higher paid country rather than the source.

Fraudsters through such a process will be able to greatly oversell the traffic. While it may not be completely useless as in the other cases of ad fraud, the ROI will be significantly lower. As such, ad spend will be wasted on low quality traffic that will likely be a net negative.

One of the most common ways to conduct ad fraud is through hiding advertisements on the page. Usually, ad networks that pay for impressions are abused in such a fashion as clicking on such advertisements is nearly impossible.

A large number of ads can be hidden in such a way to get huge payouts without ever displaying any content. Users will never click on them as these ads might be 1x1 pixel size.

It may be considered a more extreme version of pixel stuffing. Fraudsters will use the same website space to put many banner ads one on top of the other. The uppermost one might actually be visible and clickable, but the ones below it will not be. Additionally, the ones hidden beneath may even be video ads, which are generally more expensive to run.

As a result, networks that pay based on impressions and displays will be defrauded as users will only see a single ad while payments will be issued for multiple ones.

The third type of ad fraud directly related to the way advertisements are displayed is injection. Unlike other methods, it relies on using malware, compromised browser extensions, or other types of software to change or introduce ads.

For example, compromised extensions might replace all ads the user would regularly see with some that benefit the fraudster. Additionally, some advertisements might be injected into all windows of the browser, netting additional income for the fraudster.

The final method of ad fraud is quite simple. Malicious website owners will use bots and other software to spam traffic, making the numbers seem great for potential advertisers. Additionally, they may use various user experience and interface trickery to prop up traffic numbers from legitimate users.

How to prevent ad fraud?

As ad fraud can be incredibly impactful to businesses and marketers alike, detecting such issues before they can cause trouble is essential. Outside of hiring dedicated ad fraud detection specialists or companies, there is one relatively simple way to ensure that everything goes as planned.

Generally, a lot of the ad fraud methods can be detected by simply visiting the websites where advertisements should be displayed. Some fraudsters, however, will be savvy to companies attempting to perform check ups and will either limit IP addresses or display different content.

As a result, residential proxies have to be used in order to mask the IP addresses of the company and to make the incoming traffic seem legitimate. Residential proxies are regular household machines that take the user’s requests and forward them to the intended target without revealing that a middleman is at play.

In turn, the IP address of the true originator of the request is never revealed. In ad fraud cases, it becomes impossible for the website owner to know whether the traffic is genuine or if it’s a company performing check ups.

Additionally, in cases where content may differ across regions, residential proxies can be used to check all versions of the website. Since proxies have their own IP addresses, to which geo-locations are assigned, switching between the desired countries, if enabled by the provider, can be done in seconds.

Finally, manually monitoring all websites where ad fraud could potentially occur would be nearly impossible. It is, however, not at all complicated to develop scripts (such as with Python) that would automatically visit and flag any suspicious websites that could later be manually reviewed.

Ad fraud is more common than many people think. Fraudsters have developed a large number of methods that can severely damage the return on investment from online advertising, necessitating careful review of all potentially affected websites.

Residential proxies are frequently used to avoid any attempts by fraudsters to trick companies attempting to check up on their advertising. As IP address tracking is the primary way ad fraud participants attempt to circumvent check ups, residential proxies can nullify any such prevention methods.